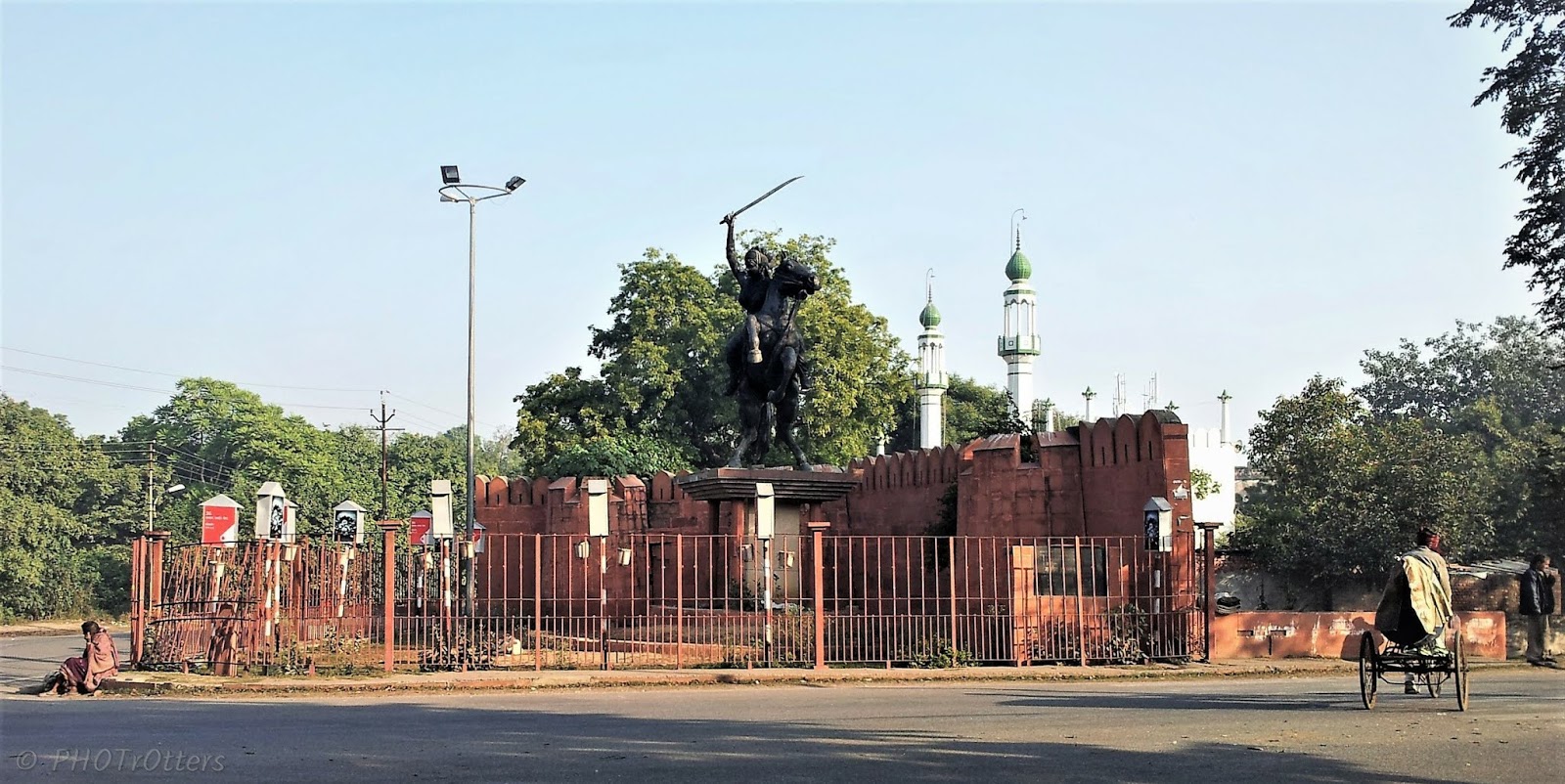 Lakshmibai, the Rani of Jhansi(19 November 1828 – 18 June 1858) was an Indian queen of the Maratha princely state of Jhansi in North India currently present in Jhansi district in Uttar Pradesh, India.

She was one of the leading figures of the Indian Rebellion of 1857 and became a symbol of resistance to the British Raj for Indian nationalists.

The statue of Rani of Jhansi is located at Pratappura Crossing in Agra, India.
For more information visit: https://en.wikipedia.org/wiki/Rani_of_Jhansi
https://www.britannica.com/biography/Lakshmi-Bai
See also: https://www.historynet.com/who-is-marnikarnika-legendary-hindu-queen-lakshmi-bai.htm