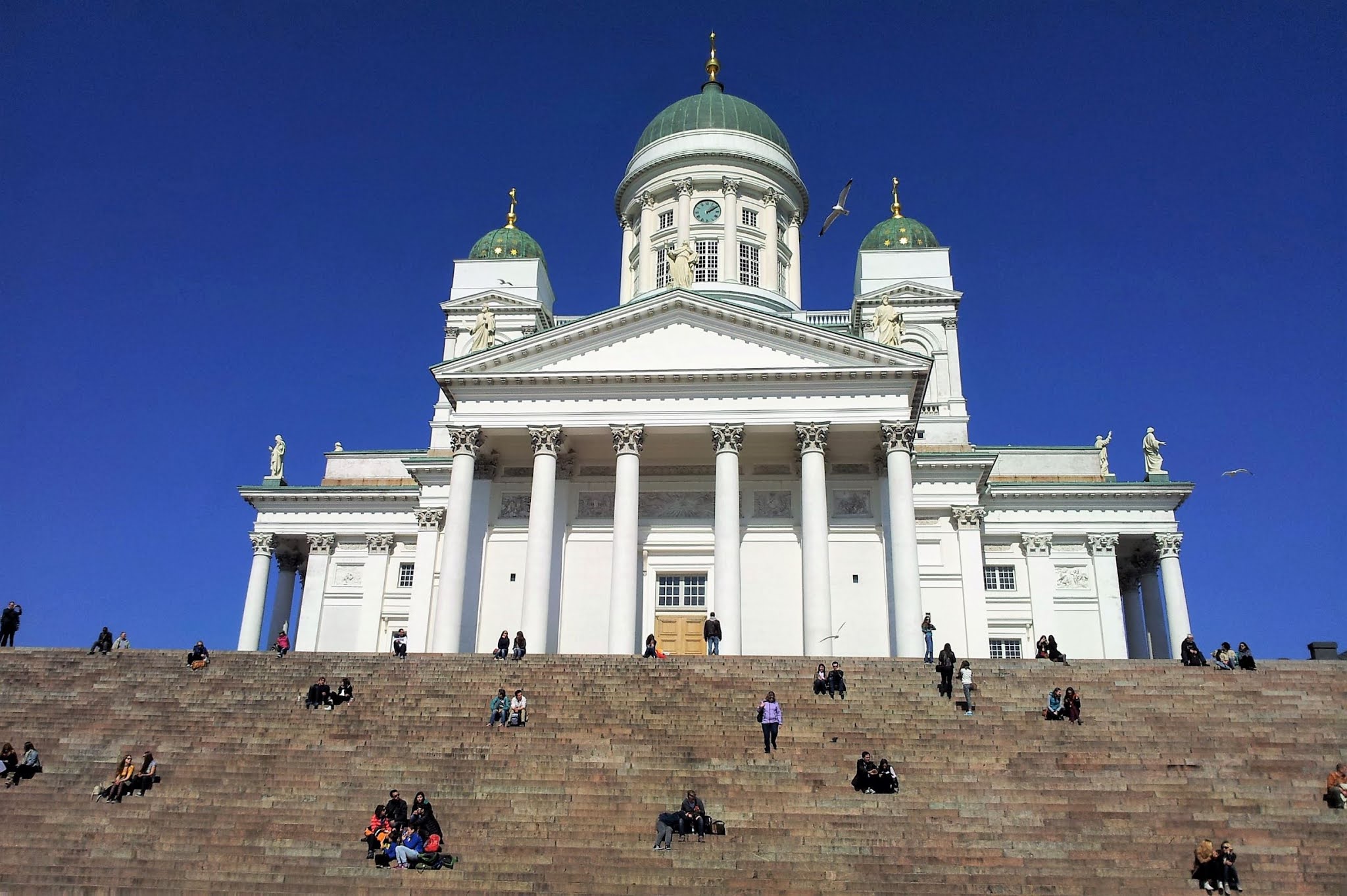 Helsinki Cathedral (Tuomiokirkko) is the Finnish Evangelical Lutheran cathedral of the Diocese of Helsinki, located in the neighborhood of Kruununhaka in the centre of Helsinki, Finland and it is a major landmark of the city. The church was originally built from 1830-1852 as a tribute to the Grand Duke of Finland, Tsar Nicholas I of Russia. It was also known as St Nicholas' Church until the independence of Finland in 1917.

It was designed by Carl Ludvig Engel as the climax of his Senate Square layout: it is surrounded by other, smaller buildings designed by him.