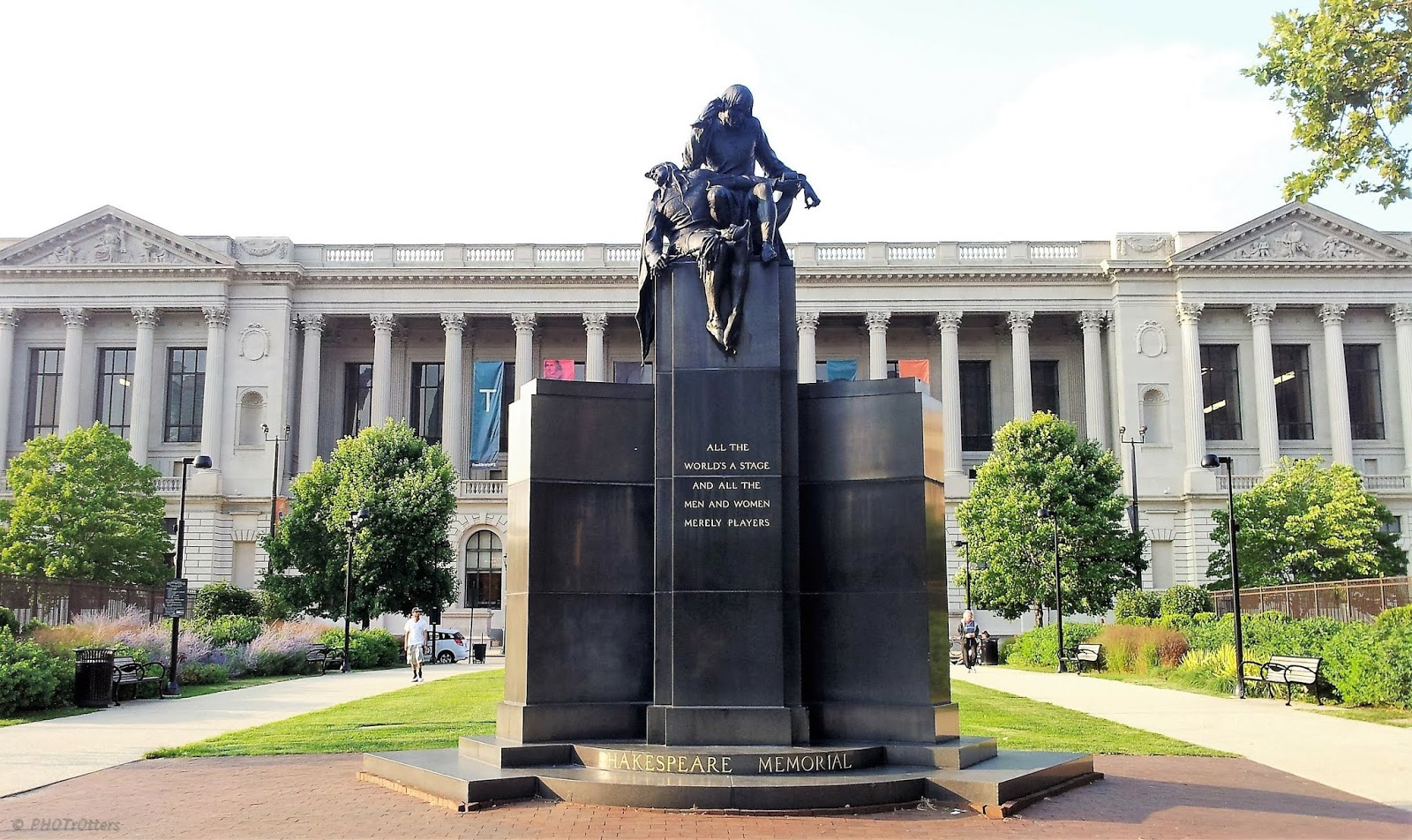 The Shakespeare Memorial was completed in the 1920s (by Alexander Stirling Calder), but the idea was first proposed in 1892.

The sculpture depicts two figures, representing Comedy and Tragedy. Hamlet is shown leaning his head against a knife, while Touchstone, the jester, sits at his feet, his head rolled back in laughter. The well-known quote from As You Like It is inscribed on the base: “All the world’s a stage and all the men and women merely players.”