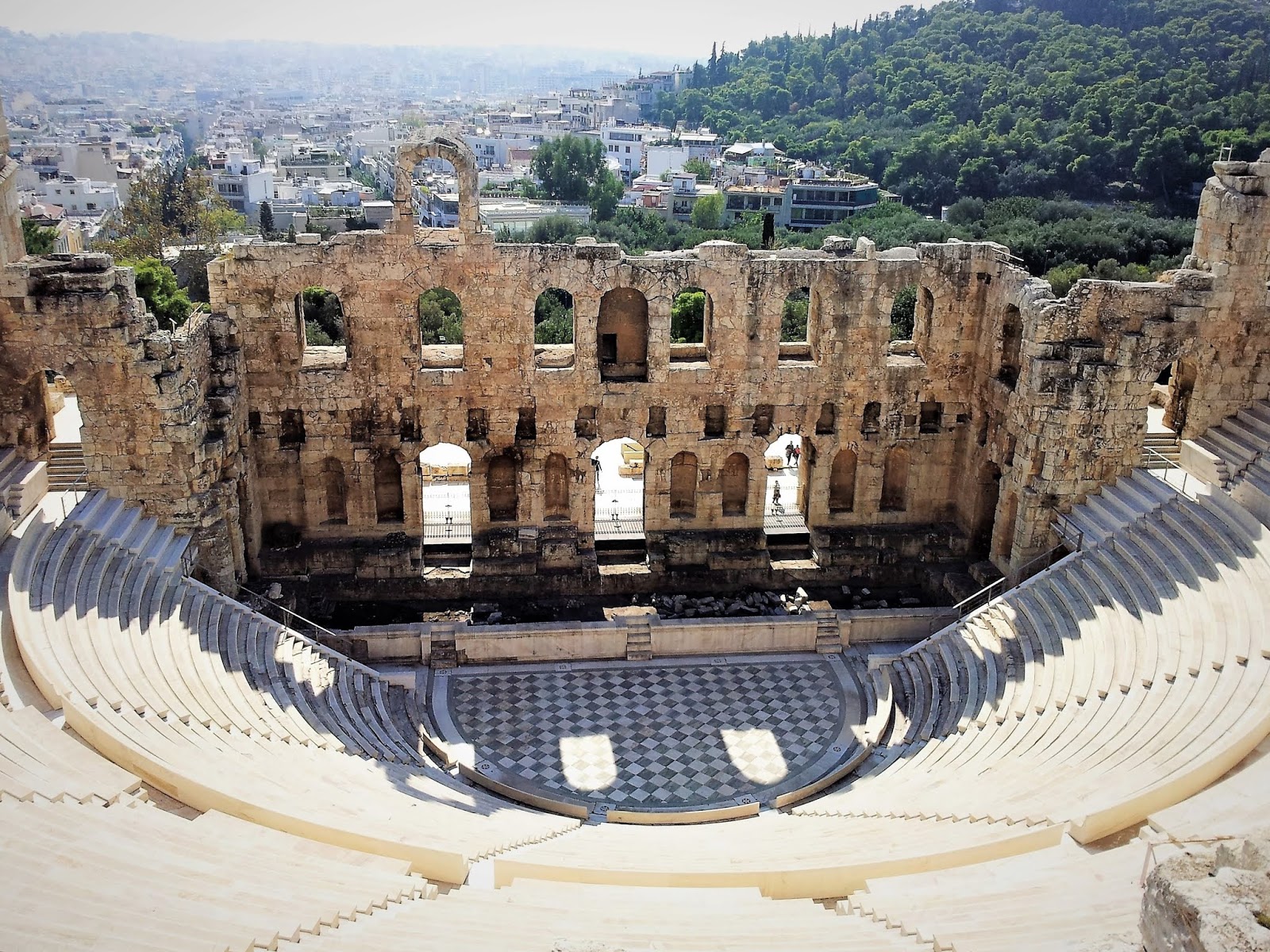 The Odeon of Herodes Atticus is a stone Roman theater structure located on the southwest slope of the Acropolis of Athens, Greece. It was built in 161 AD by the Greek Herodes Atticus in memory of his Roman wife, Aspasia Annia Regilla.
It was originally a steep-sloped theater with a three-story stone front wall and a wooden roof made of expensive cedar of Lebanon timber. It was used as a venue for music concerts with a capacity of 5,000. It lasted intact until it was destroyed and left in ruins by the Erouloi (Heruli or Herules) in 267 AD.
The audience stands and the orchestra (stage) were restored using pentelic marble in the 1950s. Since then it has been the main venue of the Athens Festival, which runs from May through October each year, featuring a variety of acclaimed Greek as well as international performances.
Ετικέτες Acropolis Athens Europe Greece