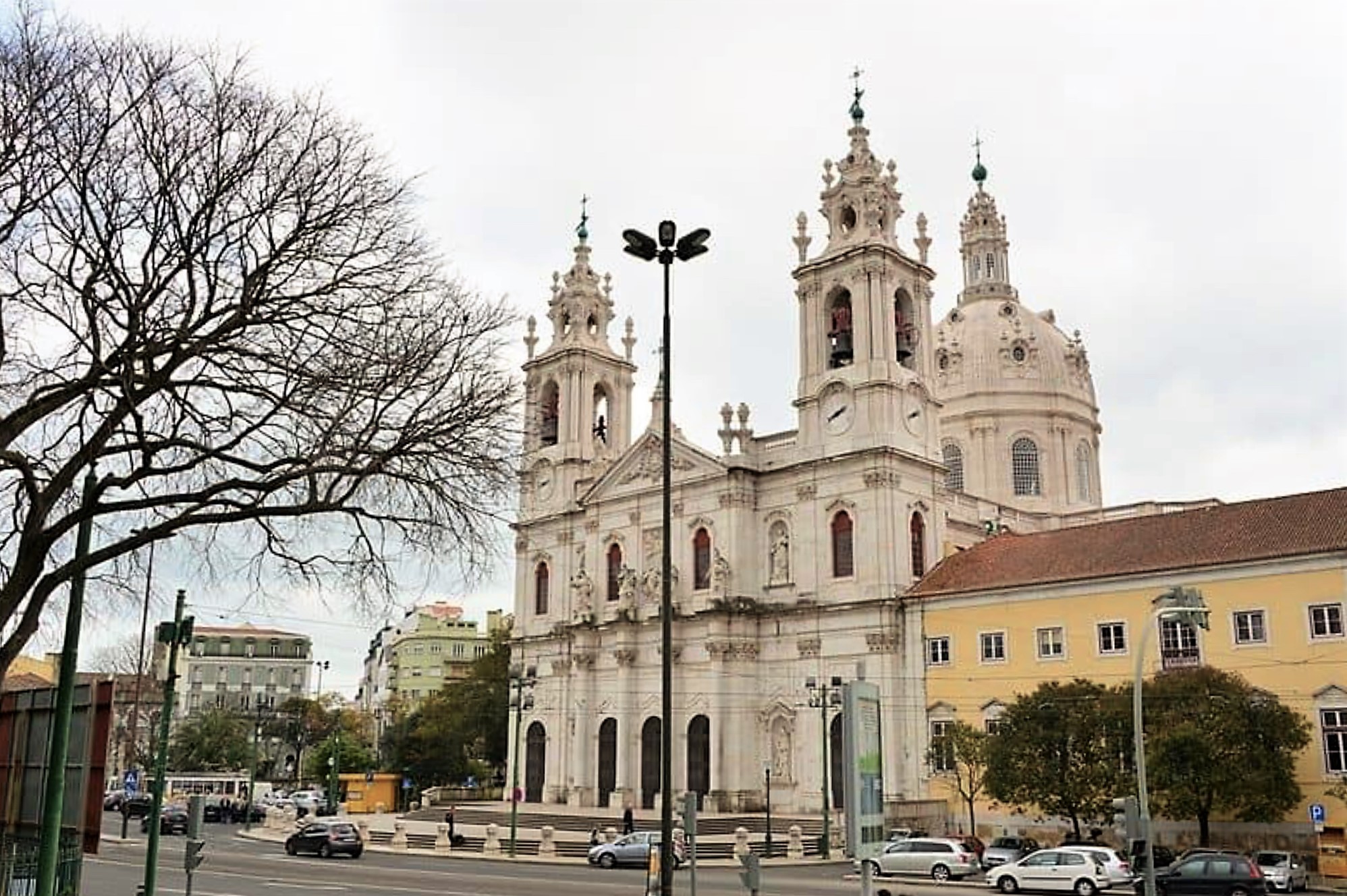 The Estrela Basilica or the Royal Basilica and Convent of the Most Sacred Heart of Jesus, is a minor basilica and ancient carmelite convent in Lisbon, Portugal. Built in the second half of the 18th century, it was ordered by Queen Maria I of Portugal as the fulfilment of a vow after she gave birth to a son and heir.
The Basilica is not only a product of the Queen's particularly fervent devotion to the Sacred Heart of Jesus, but remains the most important architectural endeavour of her reign. The Estrela Basilica was the first church in the world dedicated to the Sacred Heart of Jesus.
The Basilica has a huge rococo dome and a façade with twin bell towers decorated with an array of statues of saints and allegorical figures.
Ετικέτες CHURCH Europe Lisbon Portugal