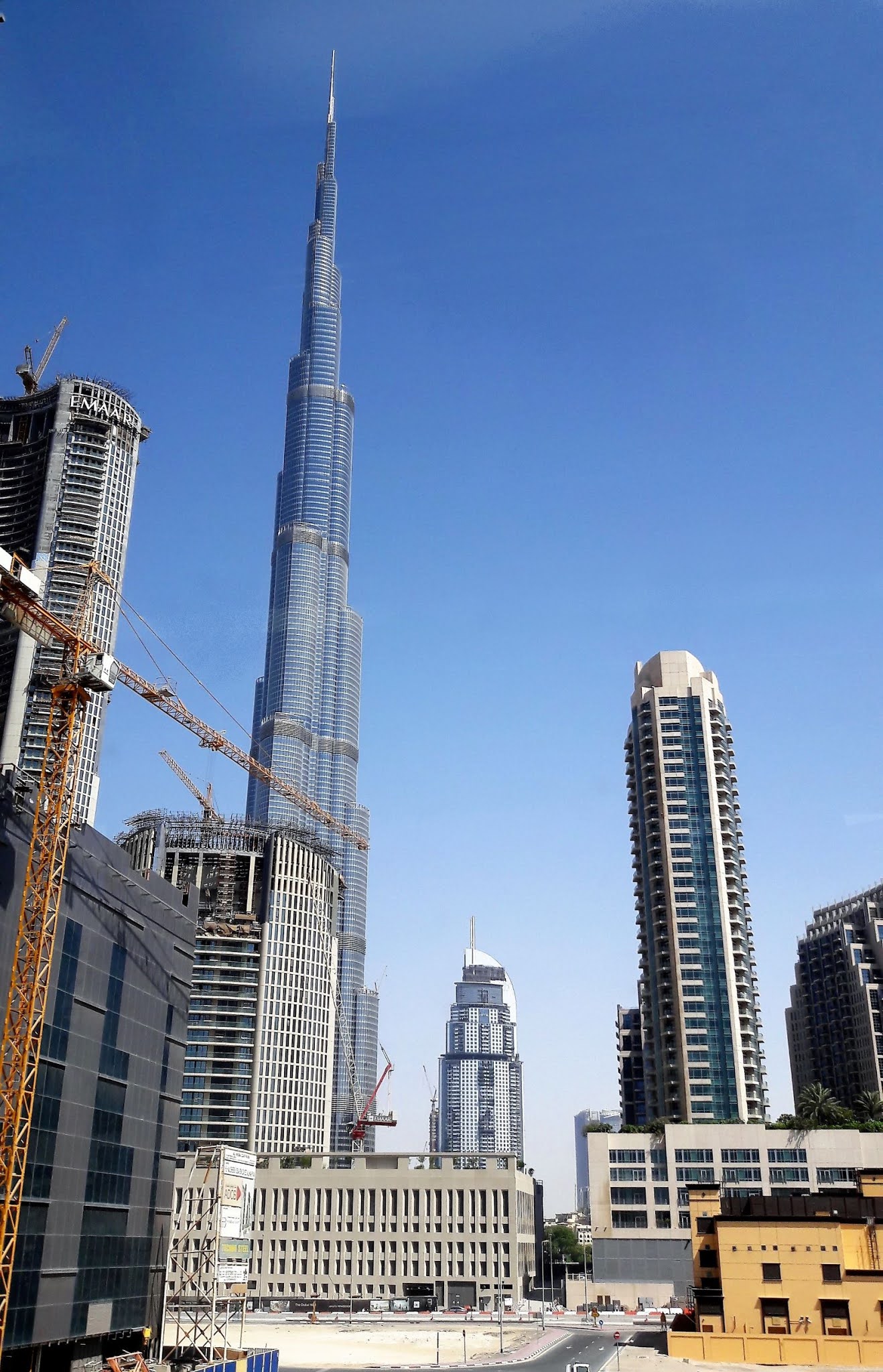 The Burj Khalifa (meaning "Khalifa Tower" in English), also known as the Burj Dubai prior to its inauguration in 2010, is a skyscraper in Dubai, United Arab Emirates. With a total height of 829,8 m it is the tallest building in the world and one of the greatest megastructures of engineering.
The Hymenocallis or spider lily, a white flower found in the desert, was the inspiration for its glass-panelled shape-frame that pierces the sky like a rocket. Burj Khalifa was designed by Adrian Smith of Skidmore, Owings & Merrill, is located next to the Dubai Mall and visitors from all over the world catch the unmatched views from multiple observation decks.
In Burj Khalifa you can find a mixture of attractions and amenities across all 160 storeys, including a five-star hotel designed by Giorgio Armani; a luxury spa and fitness club; and the world's tallest art gallery, featuring more than 85 acclaimed artists. Back at ground level is a vibrant hub of entertainment and dining at The Dubai Mall, Burj Plaza and Souk Al Bahar; and, of course, the mesmerising dancing waters of The Dubai Fountain.
Ετικέτες Asia Dubai United Arab Emirates