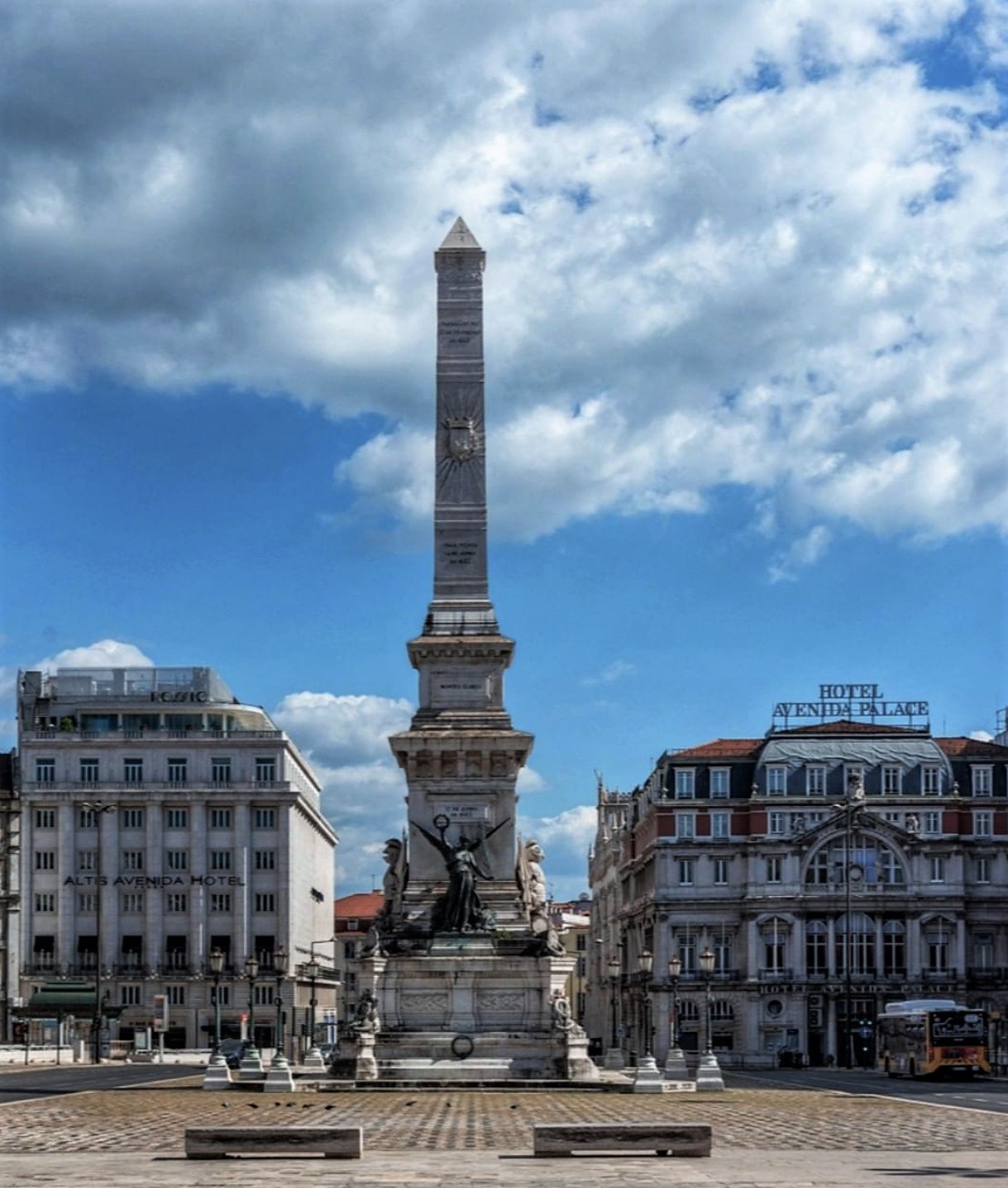 Restauradores Square is a public square in the city of Lisbon, Portugal. It is located at the southeast end of Avenida da Liberdade, near Rossio square. The square is dedicated to the restoration of the independence of Portugal in 1640, after 60 years of Spanish domination.
The majestic obelisk of the Monumento dos Restauradores stands proudly on an attractive mosaic-paved area in the centre of the square. Inaugurated in 1886, it features two bronze statues, symbolizing "victory" and "independence" as well as plaques commemorating those who fell in the main battles of the Portuguese War of Restoration.
Ετικέτες Europe Lisbon Portugal SCULPTURE SQUARE