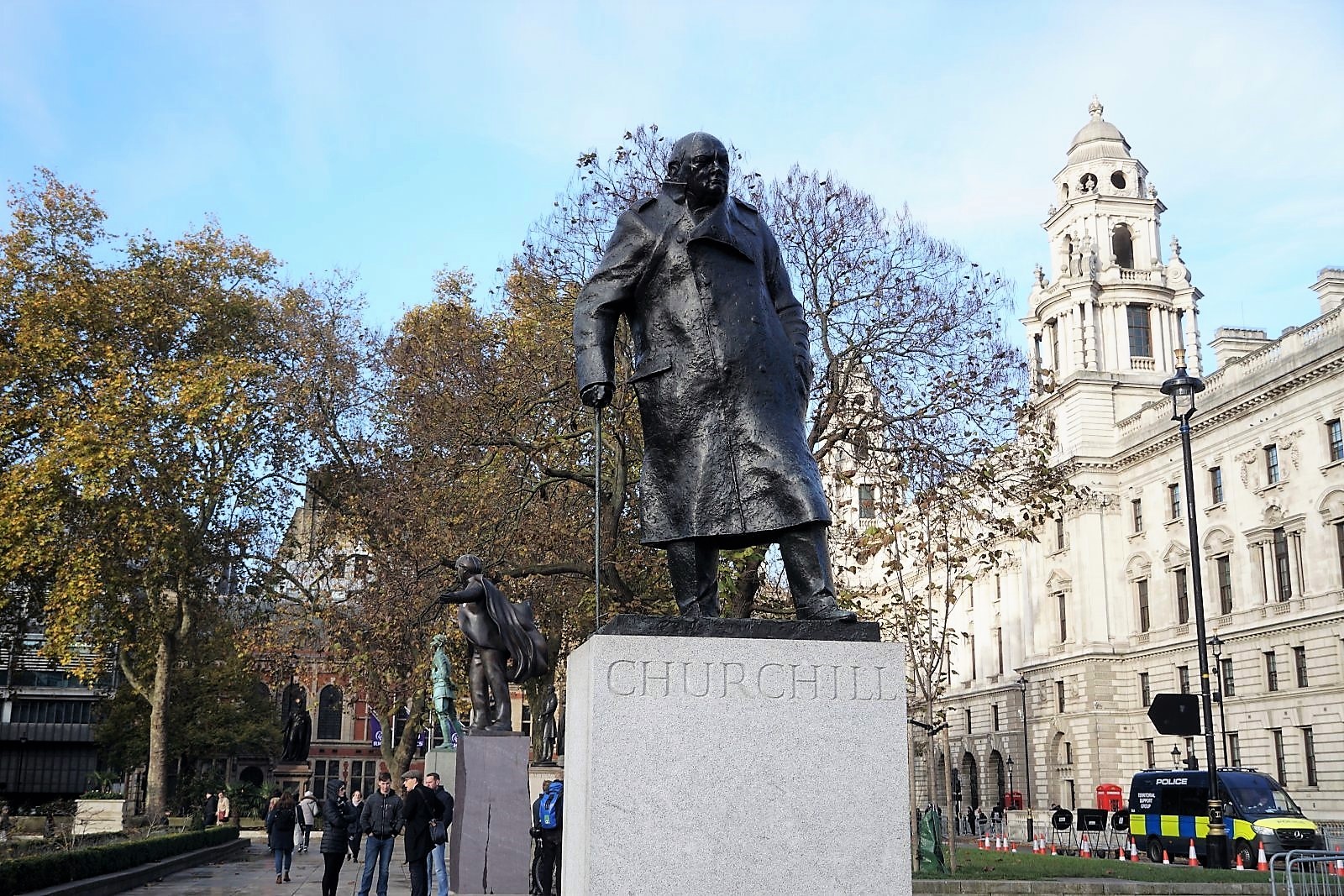 The statue of Winston Churchill in Parliament Square, London, England, is a bronze sculpture - 12 feet (3.7 m) high - of the former British prime minister Winston Churchill, created by Ivor Roberts-Jones. It was unveiled in 1973 by his widow Clementine, Baroness Spencer-Churchill.
The statue shows Winston Churchill standing with his hand resting on his walking stick and wearing a military greatcoat and it is located on a spot referred to in the 1950s by Churchill as “where my statue will go”. His pose is based on a well-known photograph of Churchill inspecting the Chamber of the House of Commons after it had been destroyed by bombing on the night of 10-11 May 1941.
Ετικέτες England Europe London SCULPTURE SQUARE