The Nobility of Time (by Salvador Dali) - ANDORRA LA VELLA 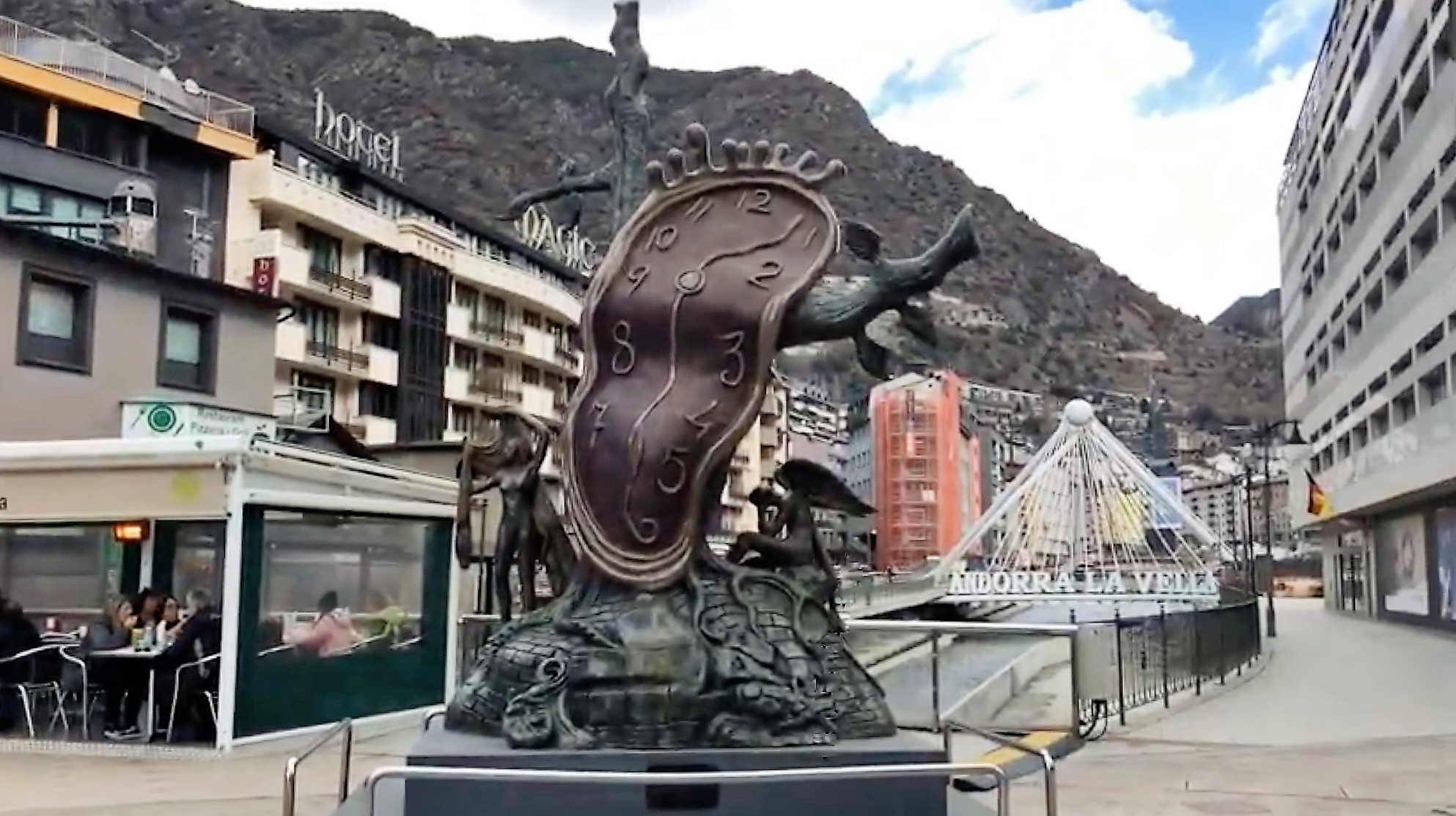 La Noblesse du Temps (The Nobility of Time) is a monumental bronze sculpture located in Placa de la Rotonda of the capital city of Andorra, Andorra la Vella. It is weighing 1400 kilograms and is rising to 4.90 meters above the ground. It's made by Salvador Dali and it symbolized the passing time, which dominates over humanity.
The sculpture was cast in 1984 and has visited many cities before being permanently installed in the city's square around 2010. It was gifted to the government of Andorra by Enric Sabater, who was Dali's agent between 1968 and 1982.
Ετικέτες Andorra Andorra La Vella Europe SCULPTURE The Nobility of Time