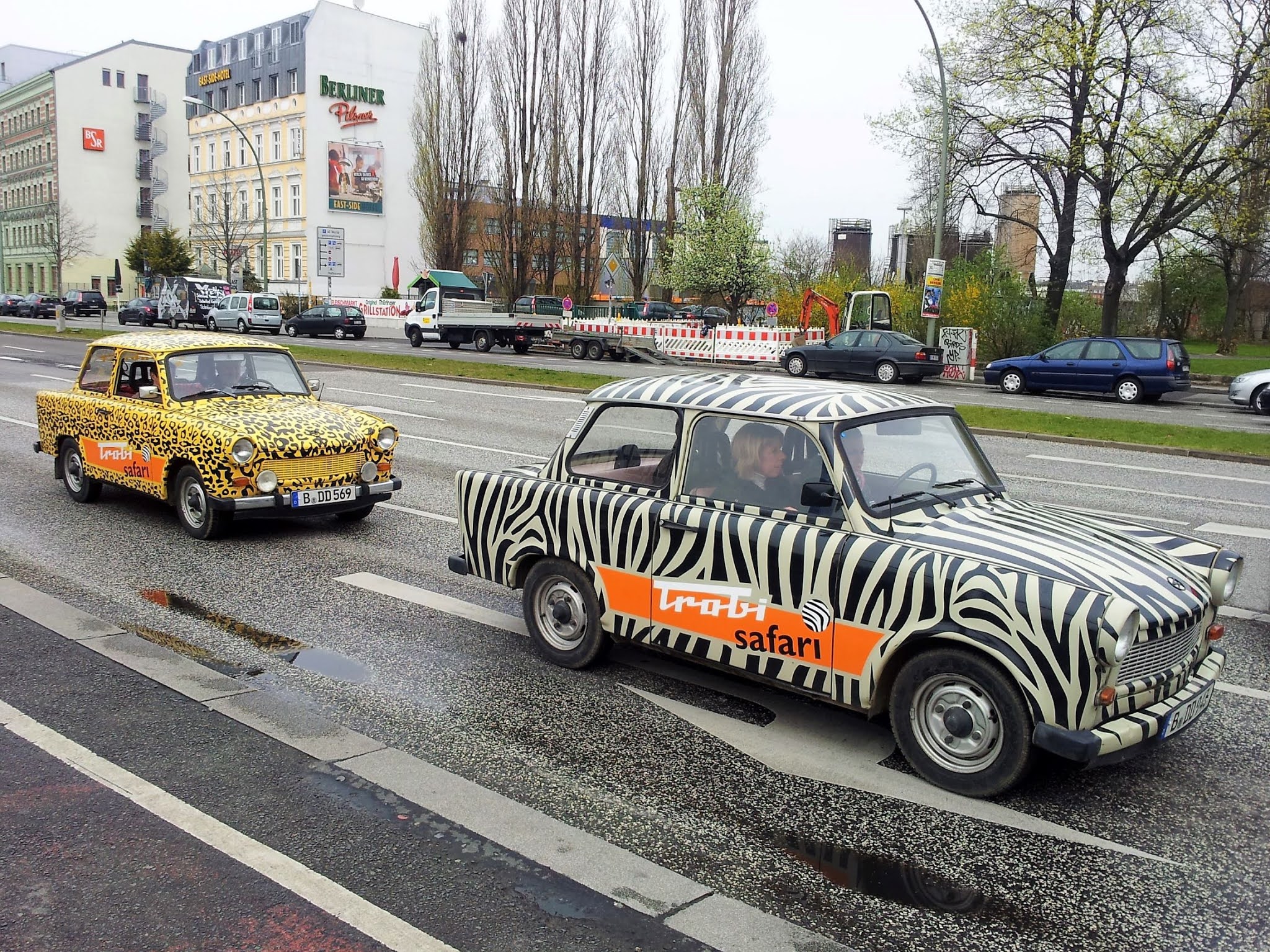 The German word Trabant means "satellite" or "companion". The car's name was inspired by the Soviet Sputnik satellite. The cars are often referred to as "Trabbi" or "Trabi". Produced without major changes for nearly 30 years, the Trabant became the most common automobile in East Germany. The model became world famous when the Berlin Wall came down, as thousands of Trabis lined up to freely cross the border from East to West Germany in 1989, making it the "car of the year."
While Germans are known for their love of luxurious cars, in the eyes of many, the "Trabi" car remains a cult car. According to the Federal Motor Transport Authority, around 34,500 Trabants were registered in Germany at the beginning of 2019.  Trabant owners gather at different fan meetings held all over Germany every year, and different companies allow tourists to drive around in them as well.
Ετικέτες Berlin Europe Germany