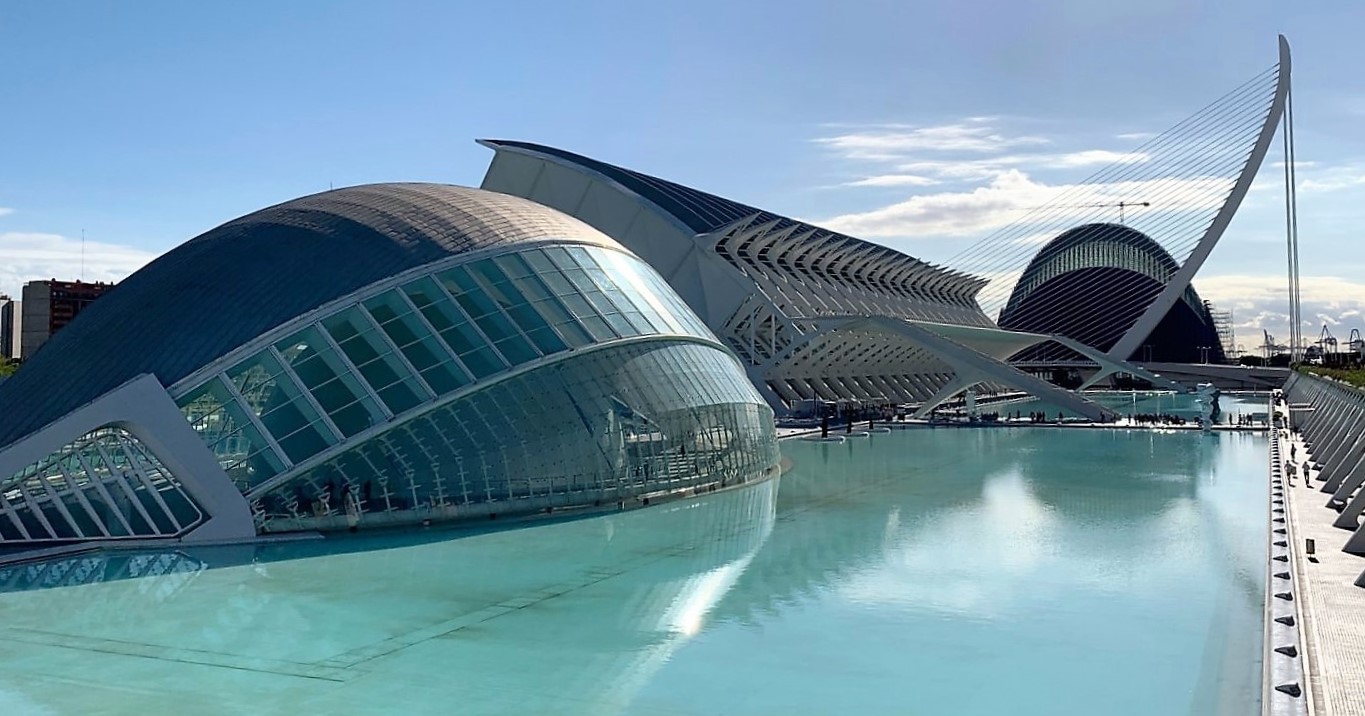 The City of Arts and Sciences is a cultural and architectural complex in the city of Valencia, Spain. It is the most important modern tourist destination in the city of Valencia and one of the 12 Treasures of Spain. Set in the old dried-up river bed of Turia, midway between the old city of Valencia and the coastal district of Natzaret, this city covers an area of 350,000 square meters.
Designed by Santiago Calatrava and Félix Candela, the project began the first stages of construction in July 1996, with the most recent building in the complex, L'Àgora, to be opened in 2009. The predominant idea of the project was to restore the neglected area of Valencia, as well as to provide a linear park that stretches through the city. The complex has nine buildings and structures.
Ετικέτες BUILDING City of Arts and Sciences Europe Spain Valencia