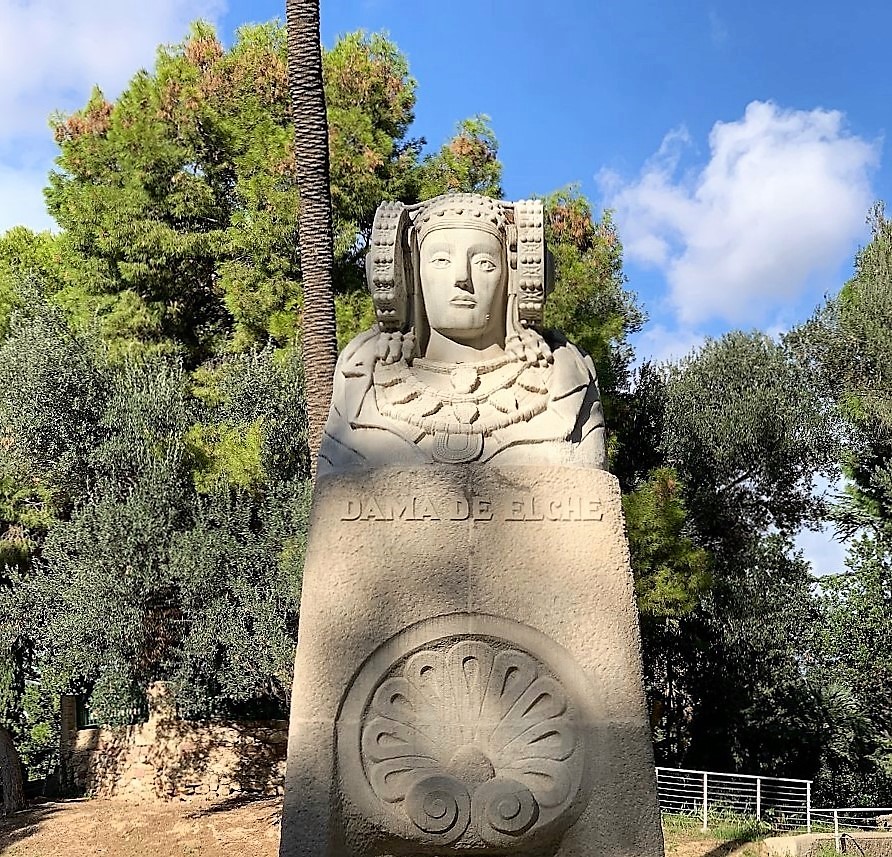 Dama De Elche is an Iberian limestone sculpture made between the 5th and 4th centuries B.C. It is a bust that represents a richly dressed lady, whose face shows perfect features. On her head she wears a headdress composed of a tiara covered by a veil, a diadem on her forehead and, on the sides, two buns that frame the face and in which the hairstyle would be collected.
The piece was found by chance in 1897 at the La Alcudia site (Elche, Alicante) and, following the interest shown by the French Hispanist Pierre Paris , it was bought by the Louvre Museum. In 1941, as a result of an exchange of works of art between Spain and France, it returned together with other works and was deposited in the Prado Museum, and in 1971 it became part of the funds of the National Archaeological Museum of Spain, in Madrid.
Ετικέτες Europe SCULPTURE Spain Valencia