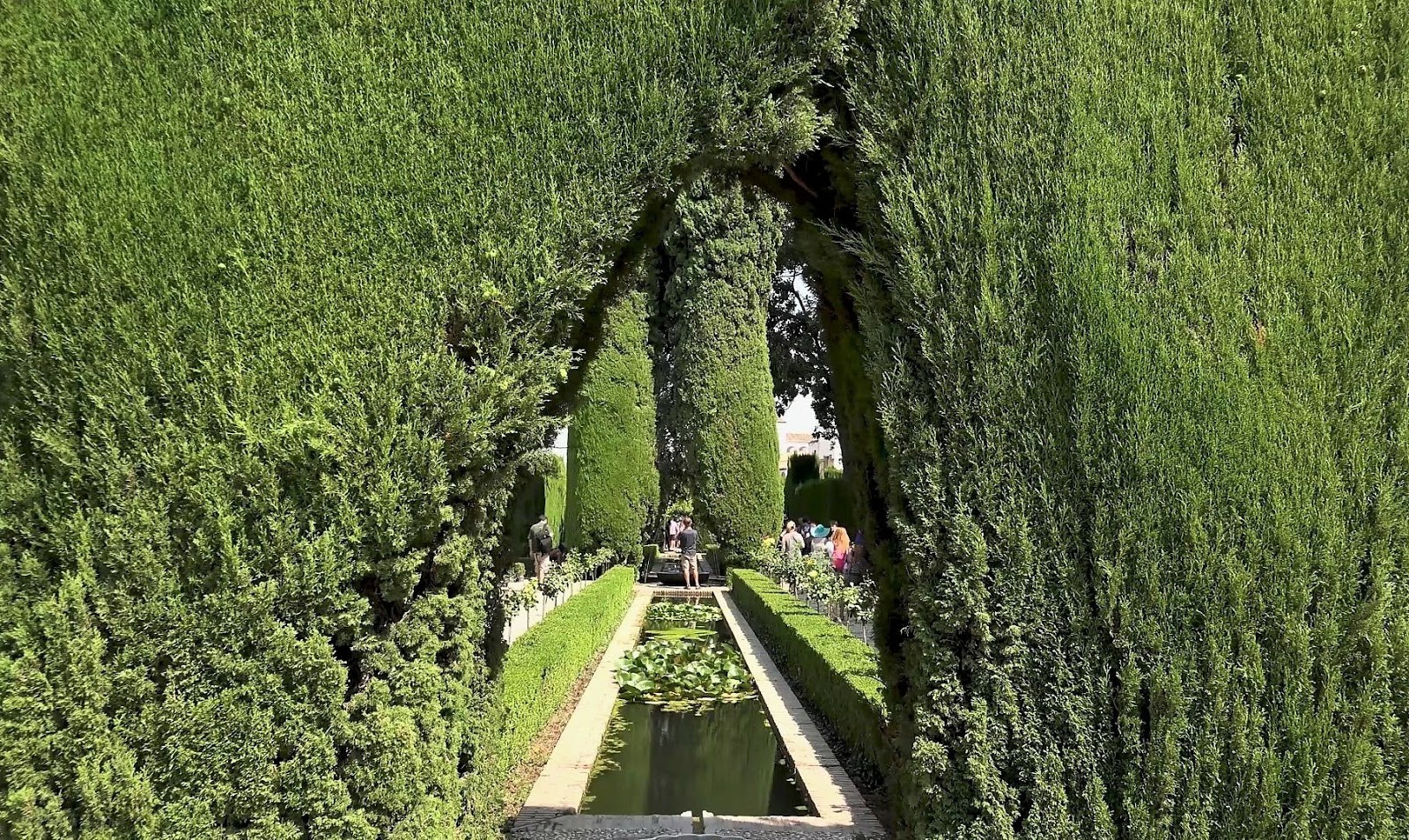 The Jardines Bajos or Lower Gardens are gardens in the Generalife in the Alhambra Complex, in Granada, Spain. They were named to distinguish them from the Jardines Altos or Upper Gardens, which are higher up the hill.
In 1921 the Generalife was acquired by the Spanish Government willing to create a public park which would join the Alhambra and the Palacio del Generalife‎. This area was turned into landscaped gardens. Therefore, they are also called also the Jardines Nuevos or New Gardens.
There are three distinct areas which together form a stunning garden full of hedges, paths, patios, pools, fountains and views overlooking the Alhambra and the Albaicín:
The first is the Teatro del Generalife which was built for the Granada International Festival of Music and Dance Finally and which has been held there ever since.
The next was completed in 1951 in accordance with the architect Prieto Moreno’s design for a Muslim-style garden. It has 4 ponds whose center is the Carmen, a sedate fountain guarded by 4 tall cypress trees.
The Labyrinth Garden is the third area which was laid out of four green boxes with archways which resemble a labyrinth garden, with arched rose gardens and cypress trees.
Ετικέτες Alhambra Europe Granada Spain