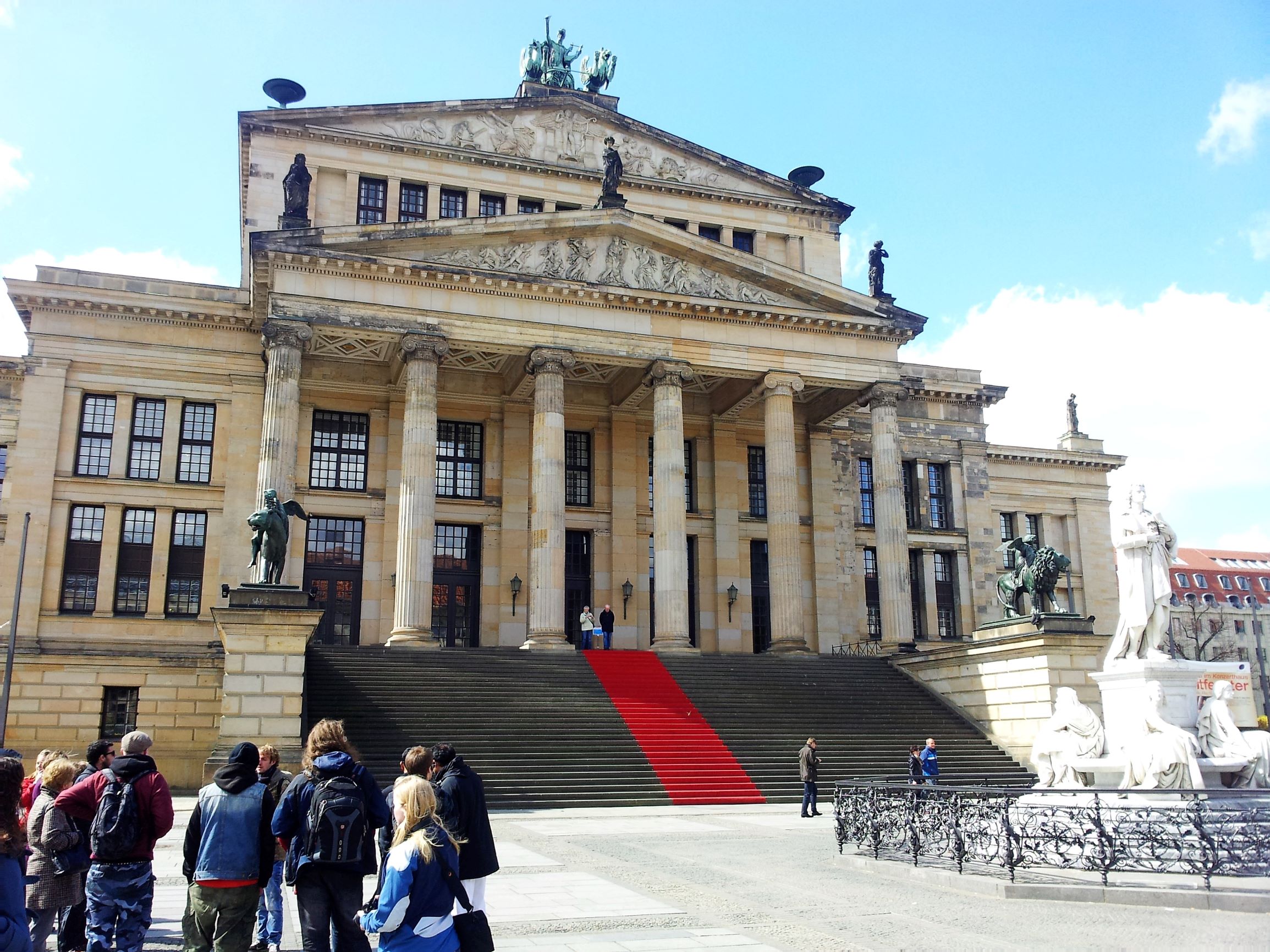 The Konzerthaus Berlin is a concert hall in Berlin, Germany, located on the Gendarmenmarkt square in the central Mitte district of the city. It was originally built as a theater, but severely damaged by Allied bombing and the Battle of Berlin, the building was rebuilt from 1977 onwards and reopened as the concert hall of the Berliner Sinfonie-Orchester in 1984 with a gala concert.
The exterior, including many of the sculptures of composers by Christian Friedrich Tieck and Balthasar Jacob Rathgeber, is a faithful reconstruction of Schinkel's designs, while the interior was adapted in a Neoclassical style meeting the conditions of the altered use.
The Konzerthausorchester Berlin is the resident orchestra of the Konzerthaus Berlin. The concert hall also hosts Young Euro Classic every summer, an international festival of youth orchestras
Ετικέτες Berlin BUILDING Europe Germany