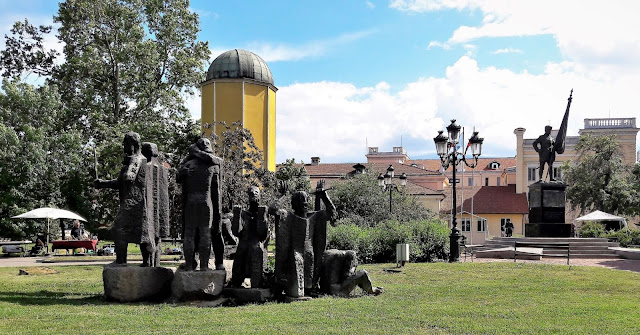 The monument of the Bulgarian Volunteer (so called “opulchentsi”) is dedicated to those who fought with the Russian Army against Ottoman Turkey in the Bulgarian Liberation War of 1877-78. It is located behind the Central Military Club in downtown Sofia, Bulgaria.
The monument was officially inaugurated  131 years after the fiercest battles at the Shipka Pass.