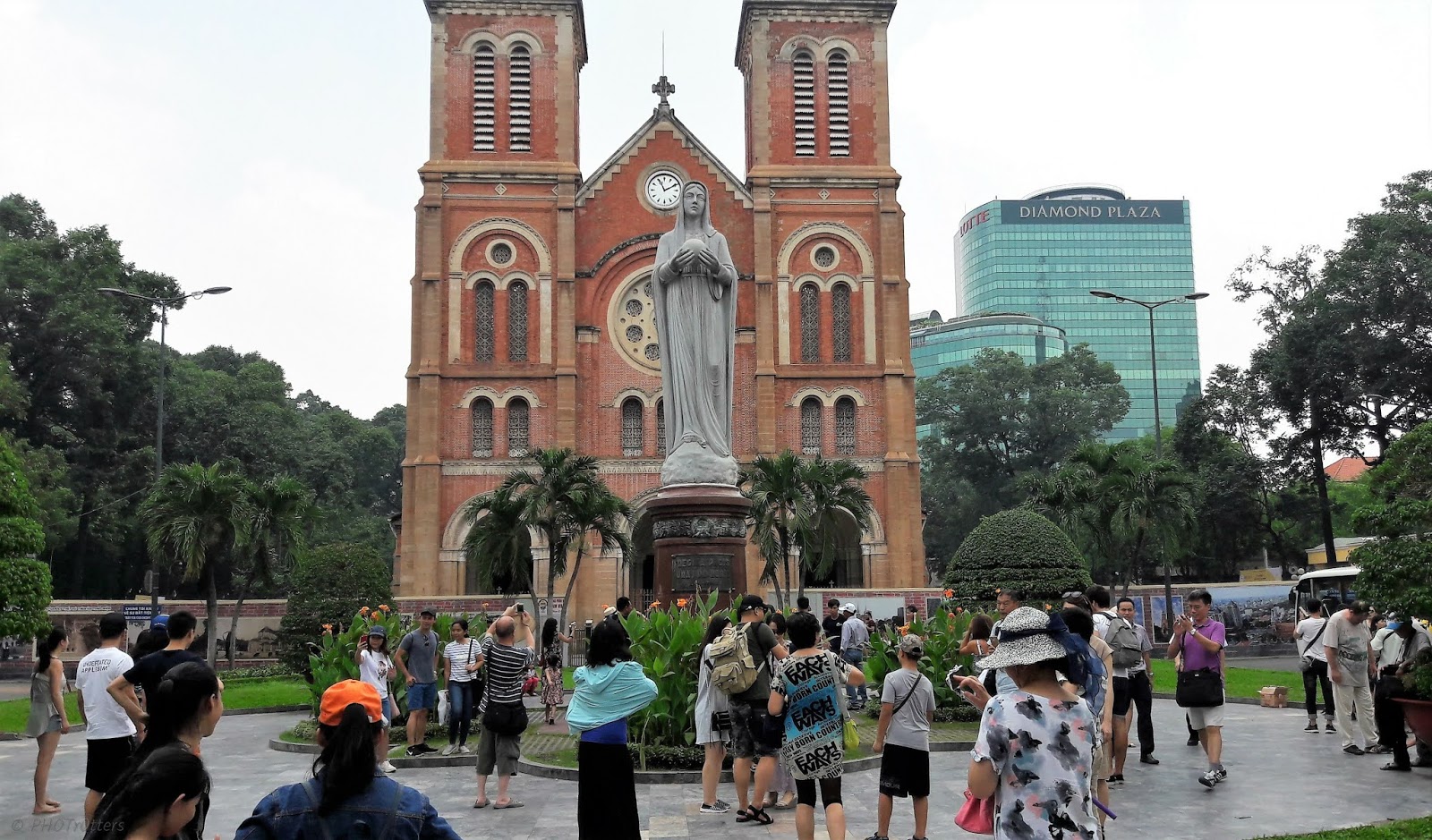 The official name of the Notre Dame Cathedral Basilica of Saigon is "Cathedral Basilica of Our Lady of The Immaculate Conception" and is located in the downtown of Ho Chi Minh City, Vietnam.
Established by French colonists who initially named it the Church of Saigon, the cathedral was constructed between 1863 and 1880. The name Notre-Dame Cathedral has been used since 1959. It has two bell towers, reaching a height of 58 meters (190 feet).
In 1959, Bishop Joseph Pham Van Thien, whose jurisdiction included Saigon parish, attended the Marian Congress held in Vatican and ordered a statue of Our Lady of Peace made with granite in Rome. When the statue arrived in Saigon on 16 February 1959, Bishop Pham Van Thien held a ceremony to install the statue on the empty base and presented the title of "Regina Pacis". It was the same bishop who wrote the prayers "Notre-Dame bless the peace to Vietnam". The next day, Cardinal Agagianian came from Rome to chair the closing ceremony of the Marian Congress and solemnly chaired the ceremony for the statue, thus the cathedral was then-on called Notre-Dame Cathedral.
During October 2005, the statue was reported to have shed tears, attracting thousands of people and forcing authorities to stop traffic around the cathedral. However, the top clergy of the Catholic Church in Vietnam could not confirm that the Virgin Mary statue in front of a cathedral had shed tears, but that failed to disperse the crowd flocking to the statue days after the incident. The reported "tear" flowed down the right cheek of the face of the statue.
Ετικέτες Asia CHURCH Ho Chi Minh SCULPTURE Vietnam