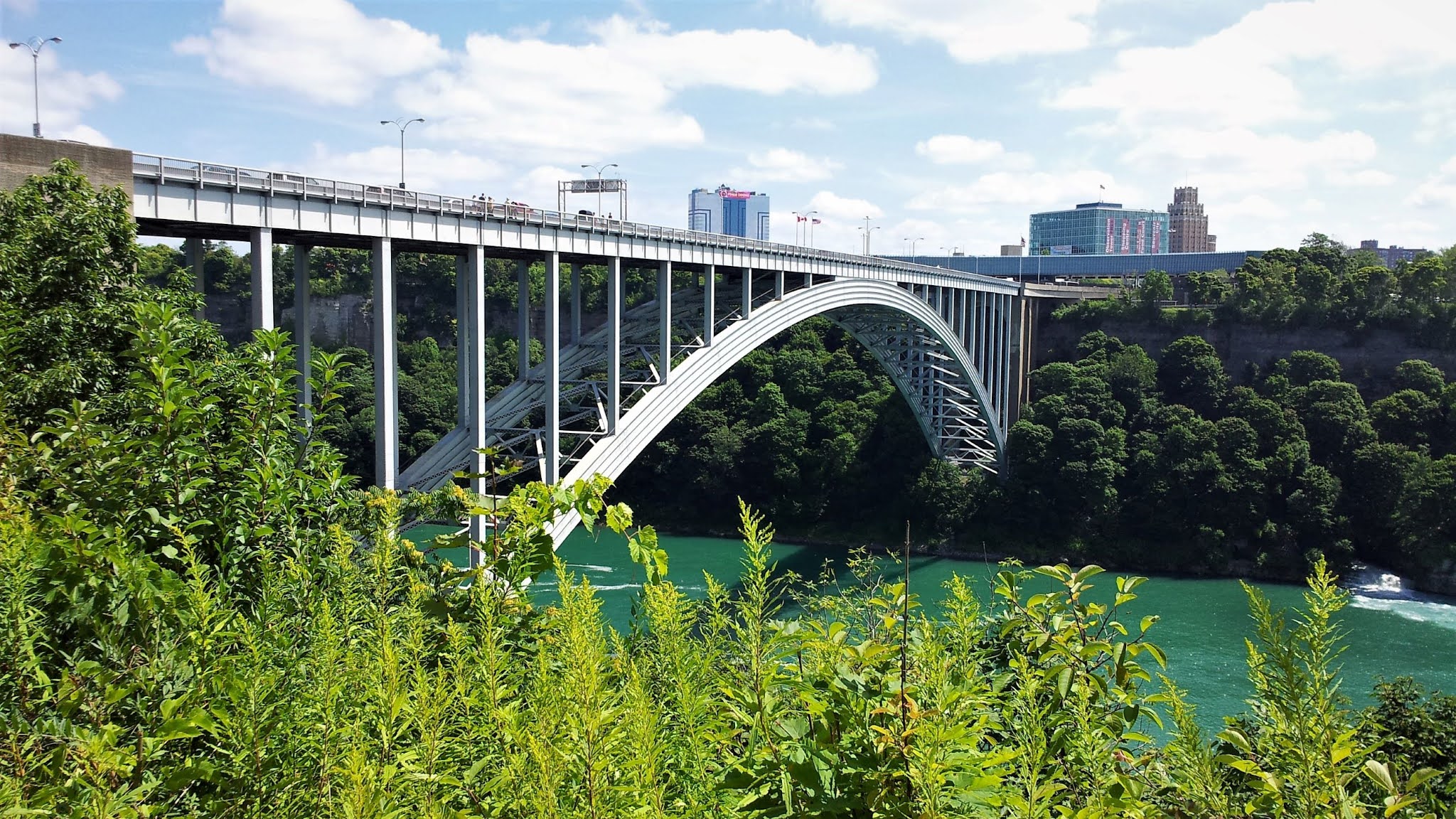 The Rainbow Bridge was built near the site of the earlier Honeymoon Bridge, which collapsed on January 27, 1938, due to an ice jam in the river. A joint Canadian and American commission had been considering a new bridge to replace it, and the collapse added urgency to the project.

A design by architect Richard (Su Min) Lee was chosen and the construction began in May 1940. The bridge officially opened on November 1, 1941.