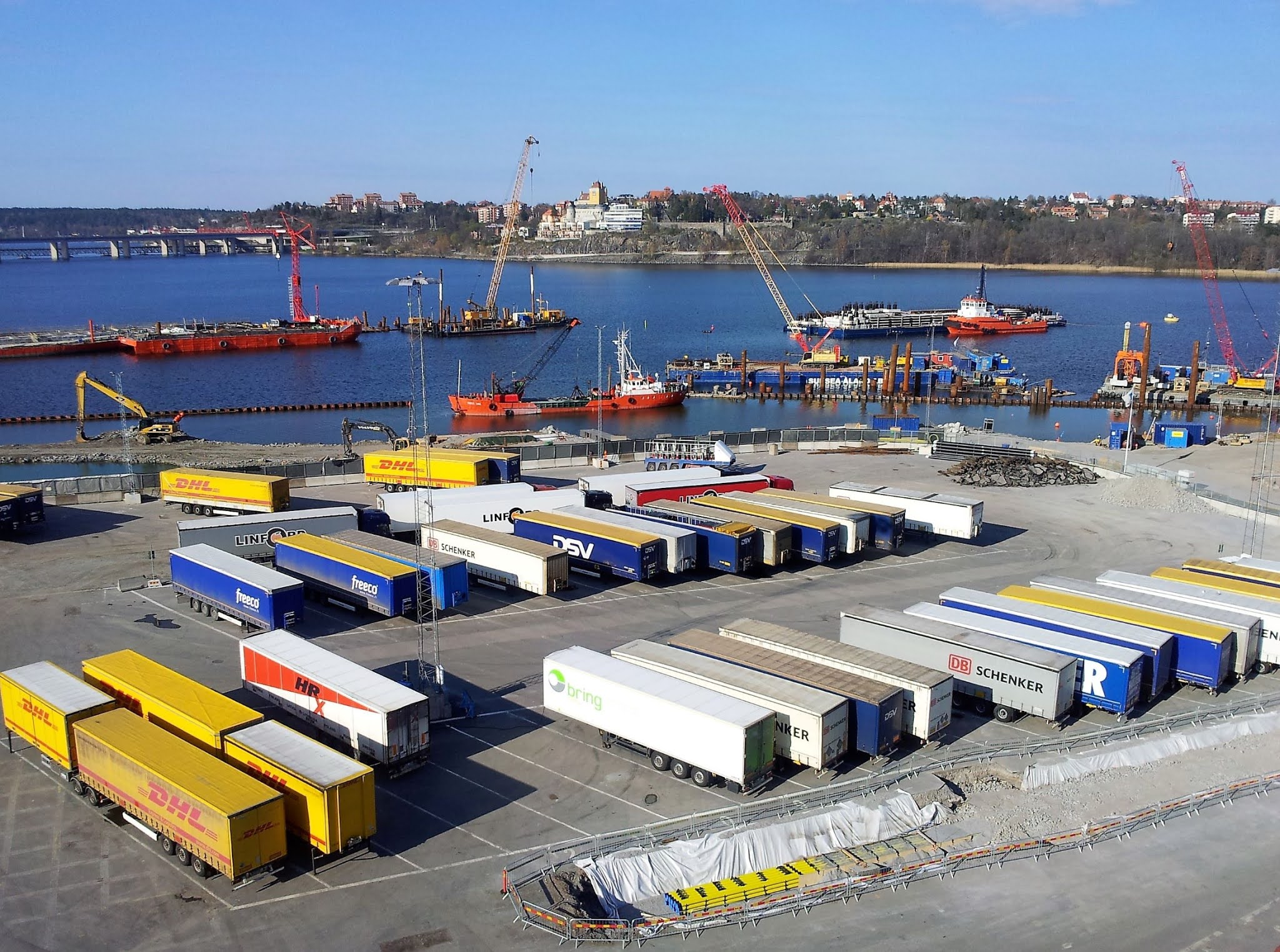 Värtahamnen is one of the largest port areas in Stockholm and serves extensive ferry traffic to Turku, Helsinki and Tallinn. The structure was built in 1879-1886 after the city bought land in order to create a port for coal and other bulk goods.
The port was widened and deepened gradually during the early 1900s and in 1903 the nearby coal-fired Värtaverket plant was inaugurated. In 1904, a municipal building was added which served as the customs and port offices.
Värtahamnen primarily serves passenger ferries for the shipping company Silja Line as well as freighters for Tallinn operating in Åland Islands and Estonia.
Ετικέτες Europe PORT Scandinavia Stockholm Sweden Värtahamnen Port