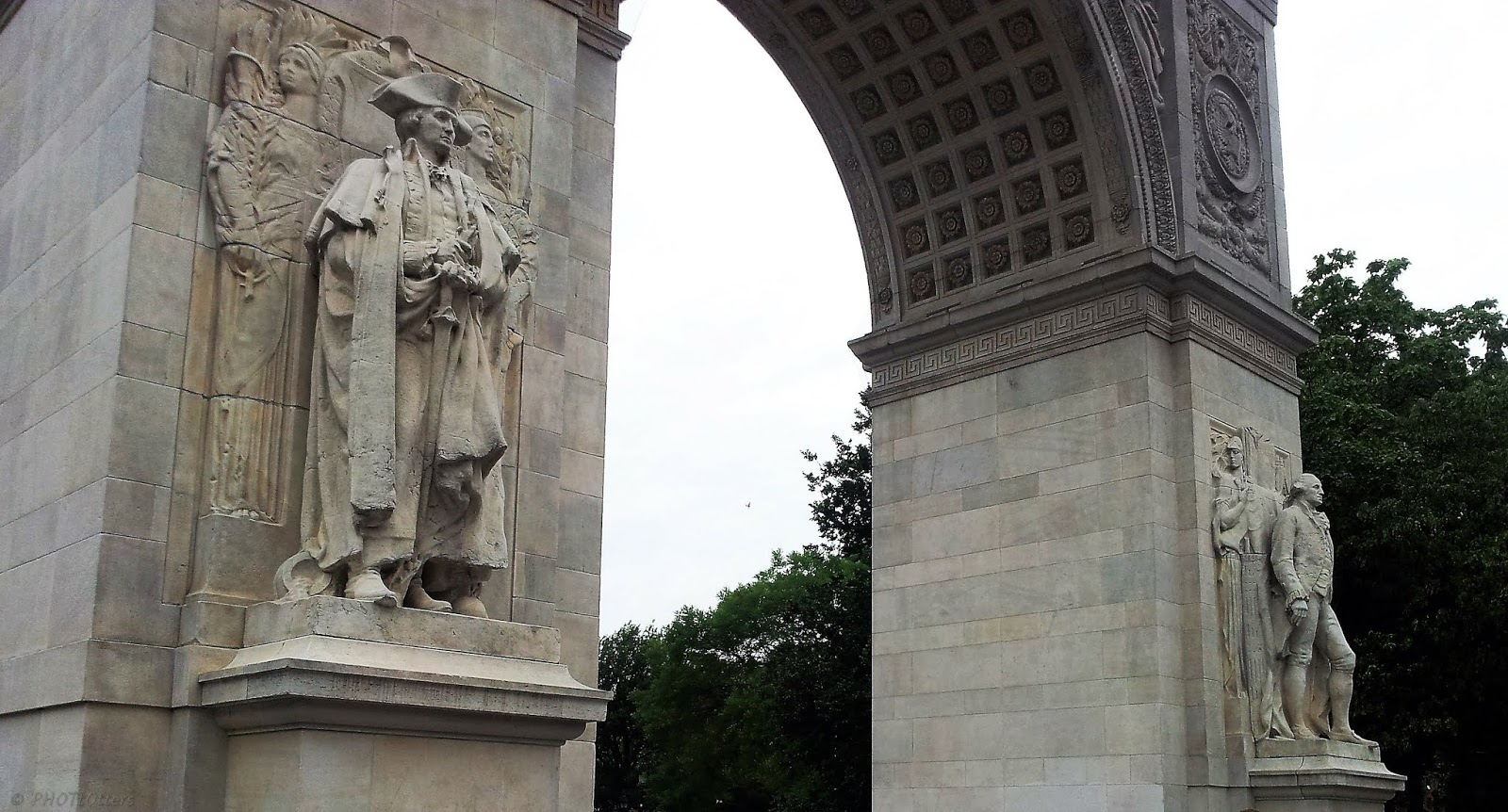 The Washington Square Arch is a marble Roman triumphal arch in Washington Square Park, in the Greenwich Village neighborhood of Lower Manhattan, New York City. Begun in 1892, it commemorates the centennial of George Washington's 1789 inauguration as President of the United States, and forms the southern terminus of Fifth Avenue.