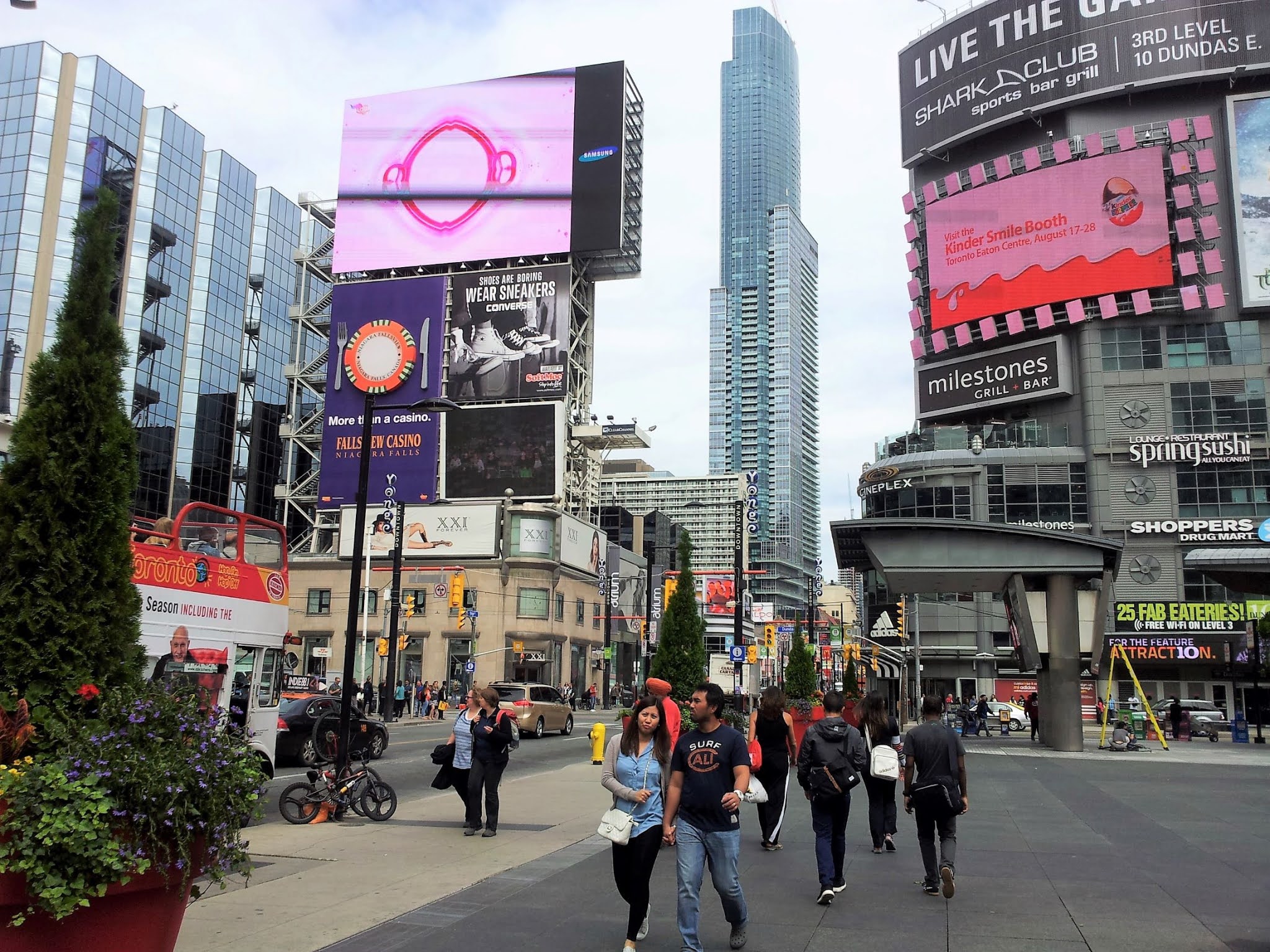 Yonge-Dundas Square, is a public square at the southeast corner of the intersection of Yonge Street and Dundas Street East in the city's downotwon core of Toronto, Ontario, Canada. Designed by Brown and Storey Architects, the square was conceived in 1997 as part of revitalizing the intersection. Since its completion in 2002, the square has hosted many public events, performances and art displays, establishing itself as a prominent landmark in Toronto and one of the city's prime tourist attractions.
The intersection is one of the busiest in Canada, with over 100,000 people crossing the city's first pedestrian scramble daily. The square is conctinuously illuminated by large billboard screens and corporate logos, which has led to comparison of the square with Times Square in New York City and Piccadilly Circus in London.
Ετικέτες Canada CITY VIEWS North America SQUARE Toronto