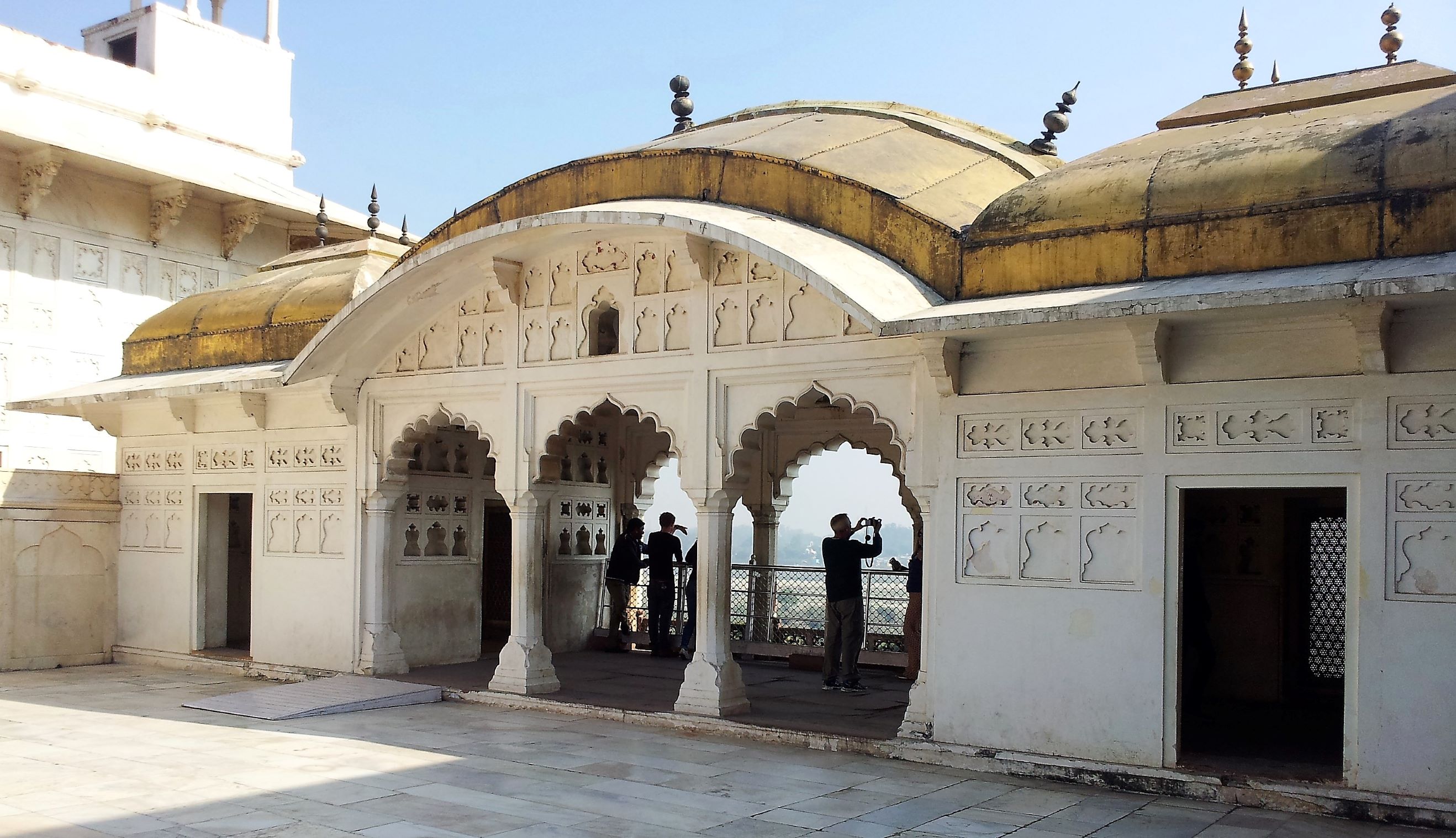 Agra Fort is a historical fort in the city of Agra in India and it is a UNESCO World Heritage site. It also can be more accurately described as a walled city.
Khas Mahal is the most beautiful building in the fort and was built by Shah Jahan during 1631-1640 AD. The building comprises open terraces and a hall, flanked by a pavilion on either side serving as partitions. The structure is erected on a sufficiently elevated platform paved with marble.
It was the royal palace of the Emperor and includes curtain walls, elegant tanks, fountains and a waterfall surrounded by apartments with courts and verandahs.
Ετικέτες Agra Agra Fort Asia India