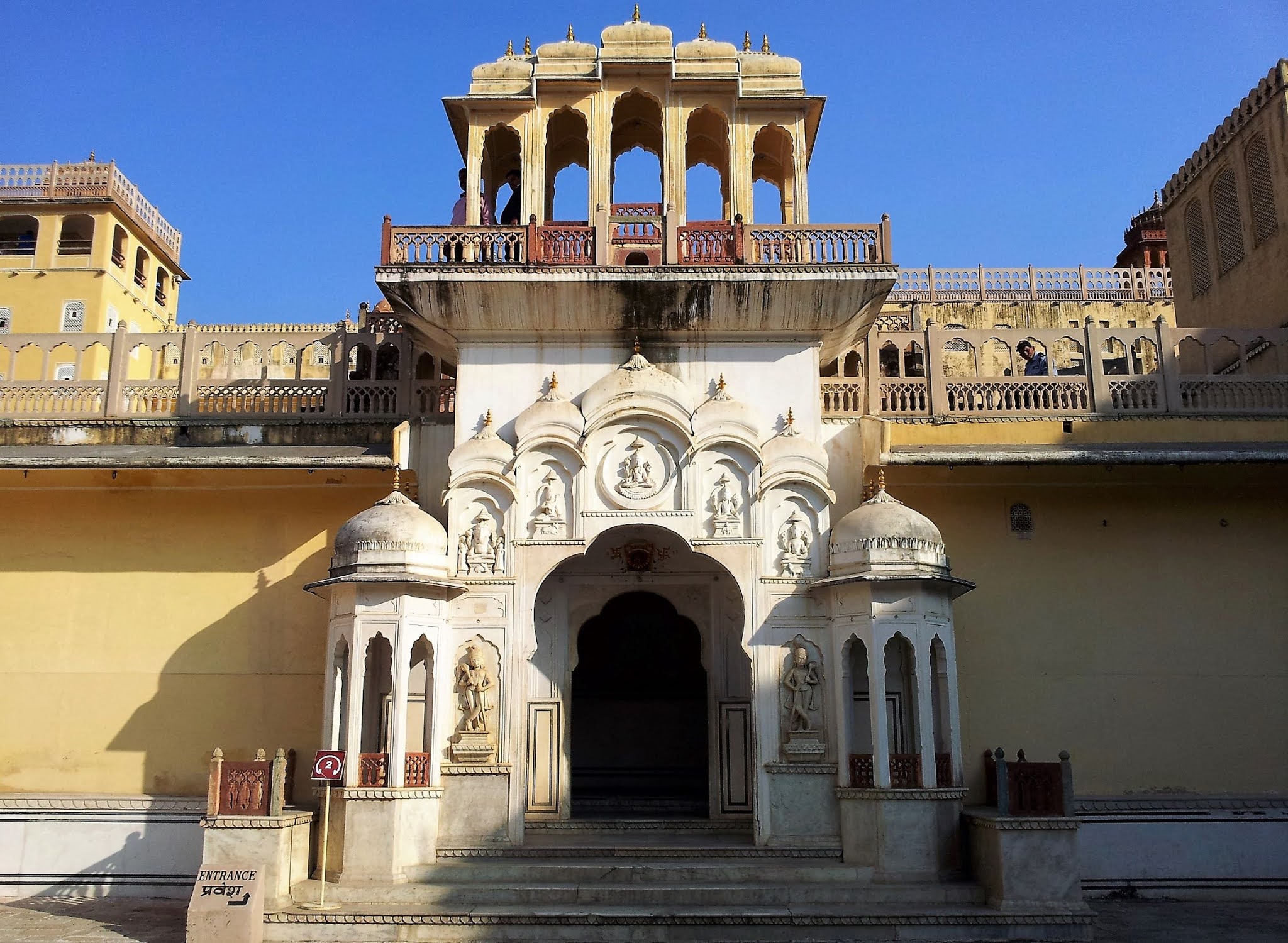 Hawa Mahal (in English meaning "The Palace of winds") is a palace in Jaipur city, India, built in 1799 by Maharaja Sawai Pratap Singh, the grandson of Maharaja Sawai Jai Singh, who was the founder of Jaipur. Lal Chand Usta was the architect. Built in red and pink colored sandstone, in keeping with the décor of the other monuments in the city, its color is a full testimony to the epithet of "Pink City" given to Jaipur.
Its five floor exterior is akin to honeycomb with its 953 small windows called Jharokhas decorated with intricate latticework. The original intent of the lattice design was to allow royal ladies to observe everyday life and festivals celebrated in the street below without being seen, since they had to obey the strict rules of "purdah", which forbade them from appearing in public without face coverings. This architectural feature also allowed cool air from the Venturi effect to pass through, thus making the whole area more pleasant during the high temperatures in summer.
Ετικέτες Asia Hawa Mahal India Jaipur