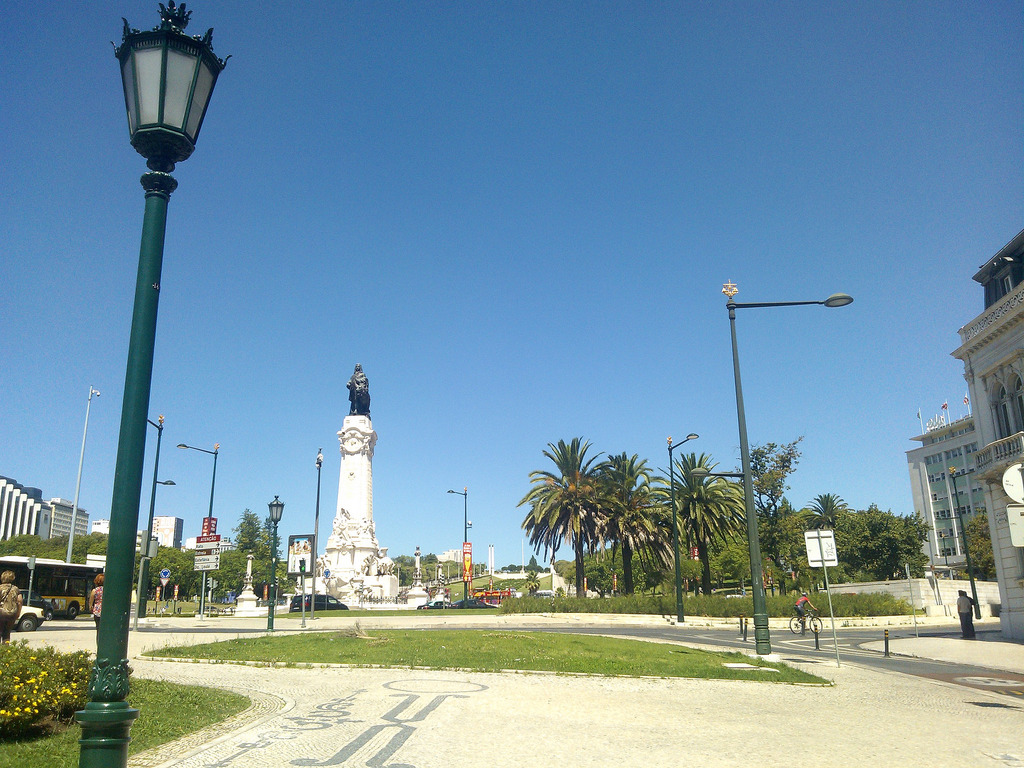 The Marquis of Pombal Square is an important roundabout in the city of Lisbon, Portugal. Its name is a reference to Sebastião José de Carvalho e Melo, 1st Marquis of Pombal, 1st Count of Oeiras, the powerful prime-minister who ruled Portugal from 1750 to 1777.
In the middle of the roundabout there is a large column dedicated to him, built between 1917 and 1934 and created by Adães Bermudes, António Couto and Francisco Santos. A bronze statue of the Marquess is on the top (40 m), with a lion - symbol of power - by his side. The lower part of the base is surrounded by several allegorical figures, "namely the female figure symbolizing« re-built Lisbon »and three sculptural groups evoking the reforms carried out by the Marquess looking towards the Baixa Pombalina, the area of Lisbon that was rebuilt under his direction after the disastrous 1755 Lisbon earthquake.
Ετικέτες Europe Lisbon Portugal SQUARE