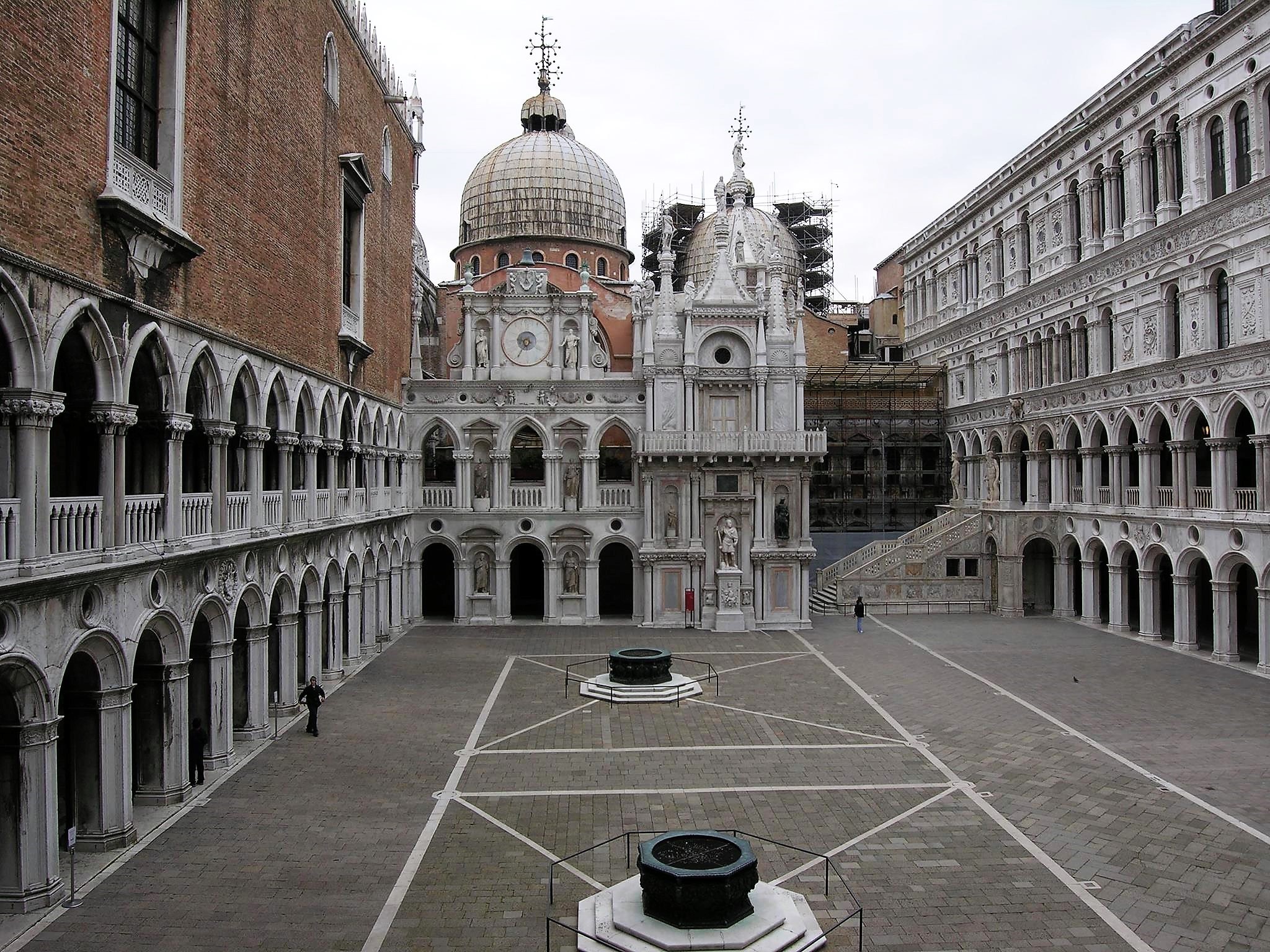 The Doge's Palace (in Italian:Palazzo Ducale) is a palace built in Venetian Gothic style and one of the main landmarks of the city of Venice in northern Italy. The palace was the residence of the Doge of Venice, the supreme authority of the former Republic. It was built in 1340 and extended and modified in the following centuries.
The north side of the courtyard is closed by the junction between the palace and St Mark's Basilica, which used to be the Doge's chapel. At the centre of the courtyard stand two well-heads dating from the mid-16th century.
For more information visit: https://palazzoducale.visitmuve.it/en/home/
https://en.wikipedia.org/wiki/Doge%27s_Palace
See also: https://www.inexhibit.com/mymuseum/doge-palace-venice-palazzo-ducale/
https://www.planetware.com/venice/doges-palace-i-vn-vd.htm
Ετικέτες Doge's Palace Europe Italy Venice