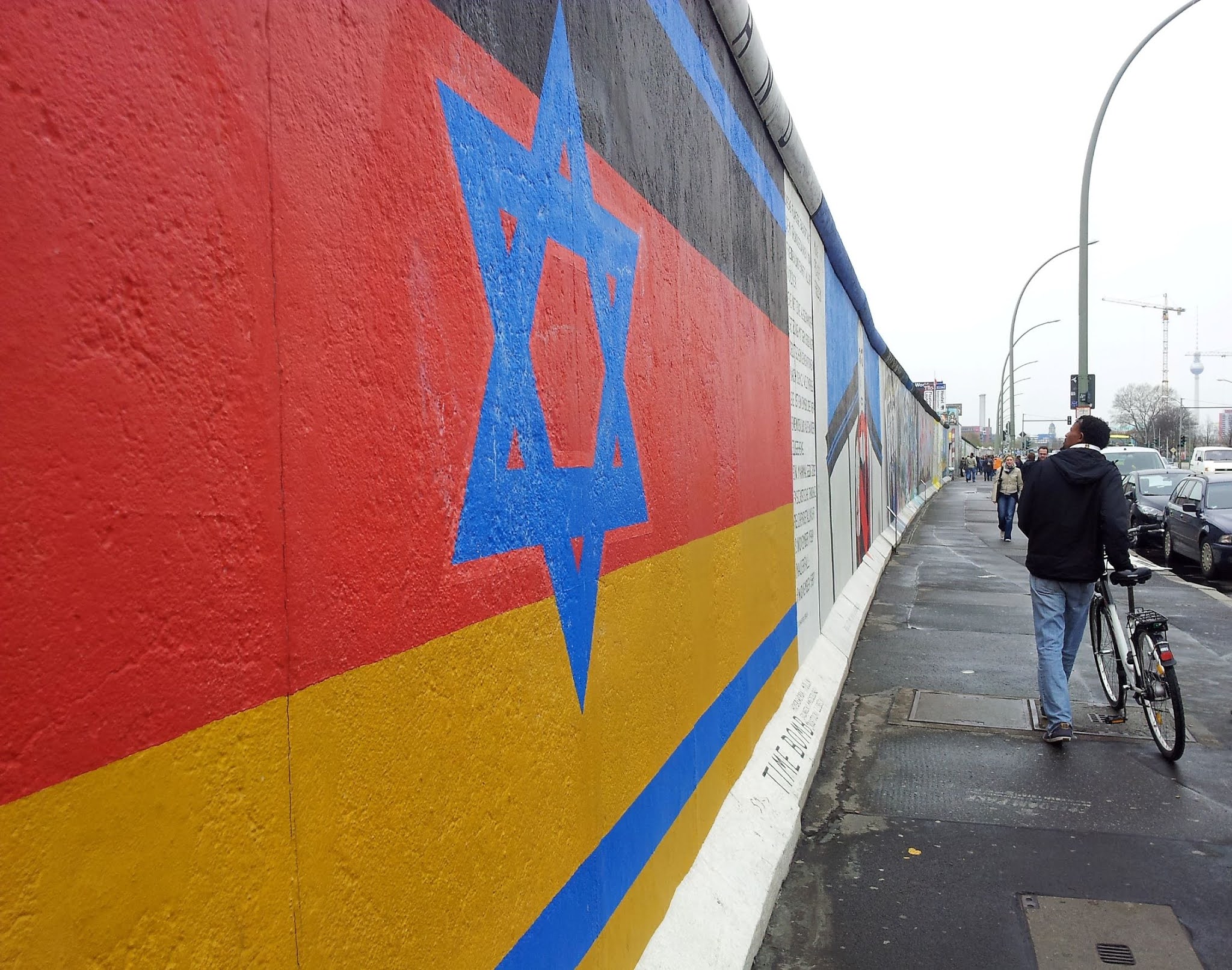 Günther Schaefer’s ‘Vaterland’ (in English "Homeland") is a mural on the East side Gallery of Berlin Wall, in Berlin, Germany. "Vaterland" honours the 50th anniversary of the Night of Broken Glass (Kristallnacht), when a progrom took place against Jews carried out by SA paramillitary forces and civilians throughout Nazi Germany on 9-10 November 1938.
The painting is a protest against extreme regimes and abuses of human rights. It is very controversial because it is a combination of the German and Israeli flags, therefore it has been a target of vandalism since it was painted in 1990. Günther Schaefer has restored his painting 44 times! He said: "as long as fanatics destroy paintings like mine, such paintings are necessary".
Ετικέτες Berlin Berlin Wall Europe Germany MURAL