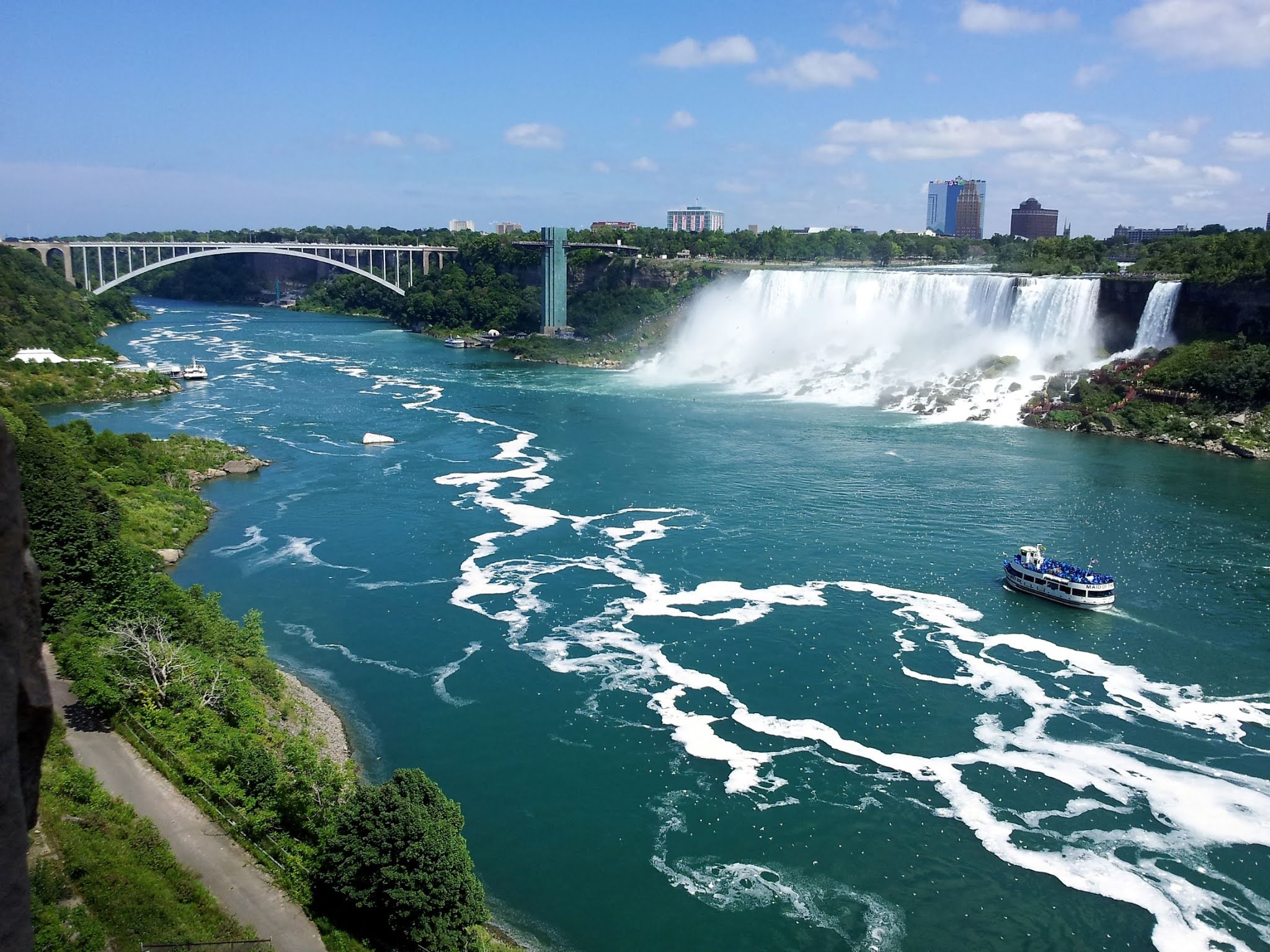 The American Falls, which can be best described as the American Side of Niagara Falls, is the second-largest of the three waterfalls that together are known as Niagara Falls on the Niagara River along the Canada–U.S. border. The falls receive approximately 11% of the flow from Niagara River, with most of the rest going over Horseshoe Falls, from which it is separated by Goat Island. The height of the American Falls ranges between 70 to 110 feet (21–34 m).

Visitors can view the falls from a steep angle on the American side, where it is possible to approach to within several meters of the edge of the falls. The falls are viewable head-on from the Canadian side in Niagara Falls, Ontario.