My God, Help Me to Survive This Fatal Attraction (East Side gallery) - BERLIN, GERMANY 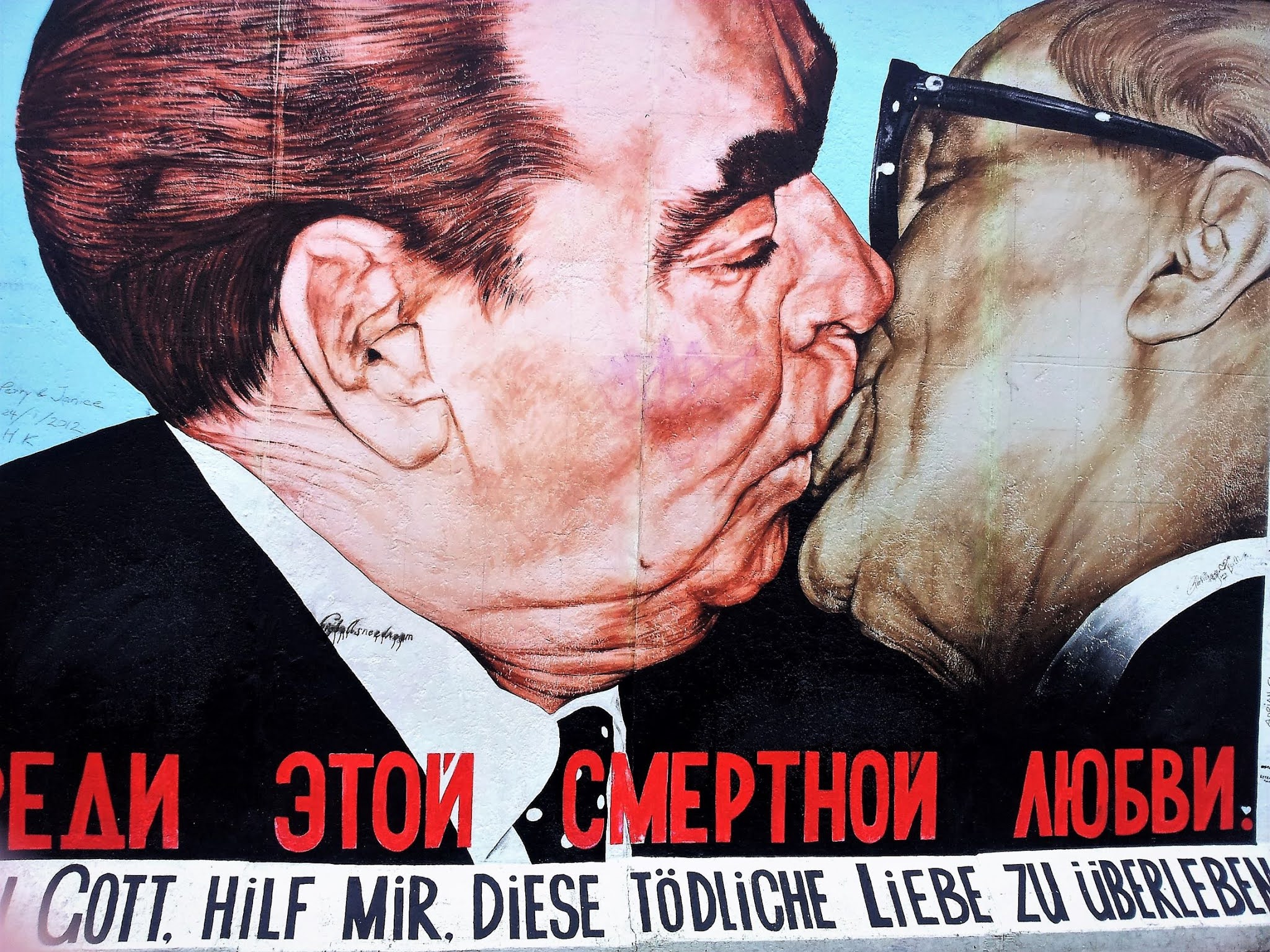 "My God, Help Me to Survive This Fatal Attraction", sometimes reffered to as the "Fraternal Kiss", is a graffiti painting by Dmitri Vrubel on the eastern side of Berlin Wall, in Berlin, Germany. Painted in 1990, it has become one of the best known pieces of Berlin Wall graffiti art.
The painting depicts Leonid Brezhnev and erich Honecker in a socialist fraternal kiss, reproducing a photograph taken in 1979 during the 30th anniversary celebration of the foundation of the German Democratic Republic.
Vandalism and atmospheric conditions gradually led to the mural's deterioration, so, in March 2009, along with others, was erased from the wall to allow the original artists to repaint them with more durable paints and Vrubel was commissioned to repaint the piece.
Ετικέτες Berlin Berlin Wall Europe Germany MURAL