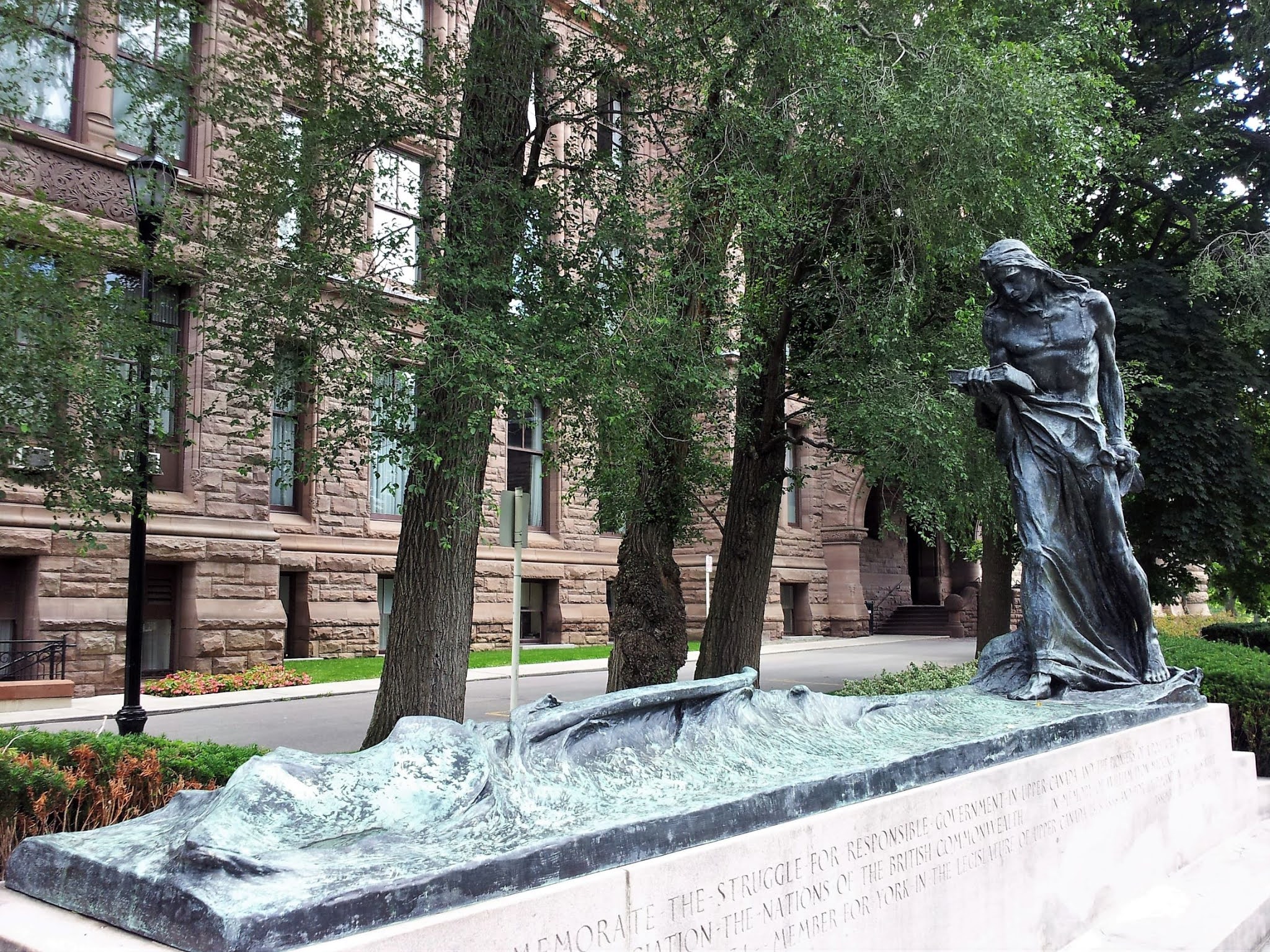 William Lyon Mackenzie King was a Canadian statesman and politician who served as the tenth prime minister of Canada for three non-consecutive terms from 1921-1926, 1926,1930 and 1935-1948. He was a Liberal and he is best known for his leadership of Canada throughout the Second World War when he mobilized Canadian money, supplies and volunteers to support Britain while boosting the economy and maintaining morale on the home front.
With a total of almost 22 years in office, he remains the longest-serving prime minister in Canadian history. As the father of unemployment insurance, family allowance, and Canadian citizenship, King's accomplishments continue to affect the day-to-day lives of every Canadian.
William Lyon Mackenzie King's monument is located at the west side of the Ontario Legislative Building, Toronto, Ontario, Canada. This two-part sculpture was created by Walter Seymour Allward in 1940.
For more information visit: https://en.wikipedia.org/wiki/William_Lyon_Mackenzie
https://www.tpsgc-pwgsc.gc.ca/citeparlementaire-parliamentaryprecinct/decouvrez-discover/statues-eng.html
See also: https://www.cbc.ca/news/canada/toronto/toronto-police-defacing-1.5894979
Ετικέτες Canada North America SCULPTURE Toronto