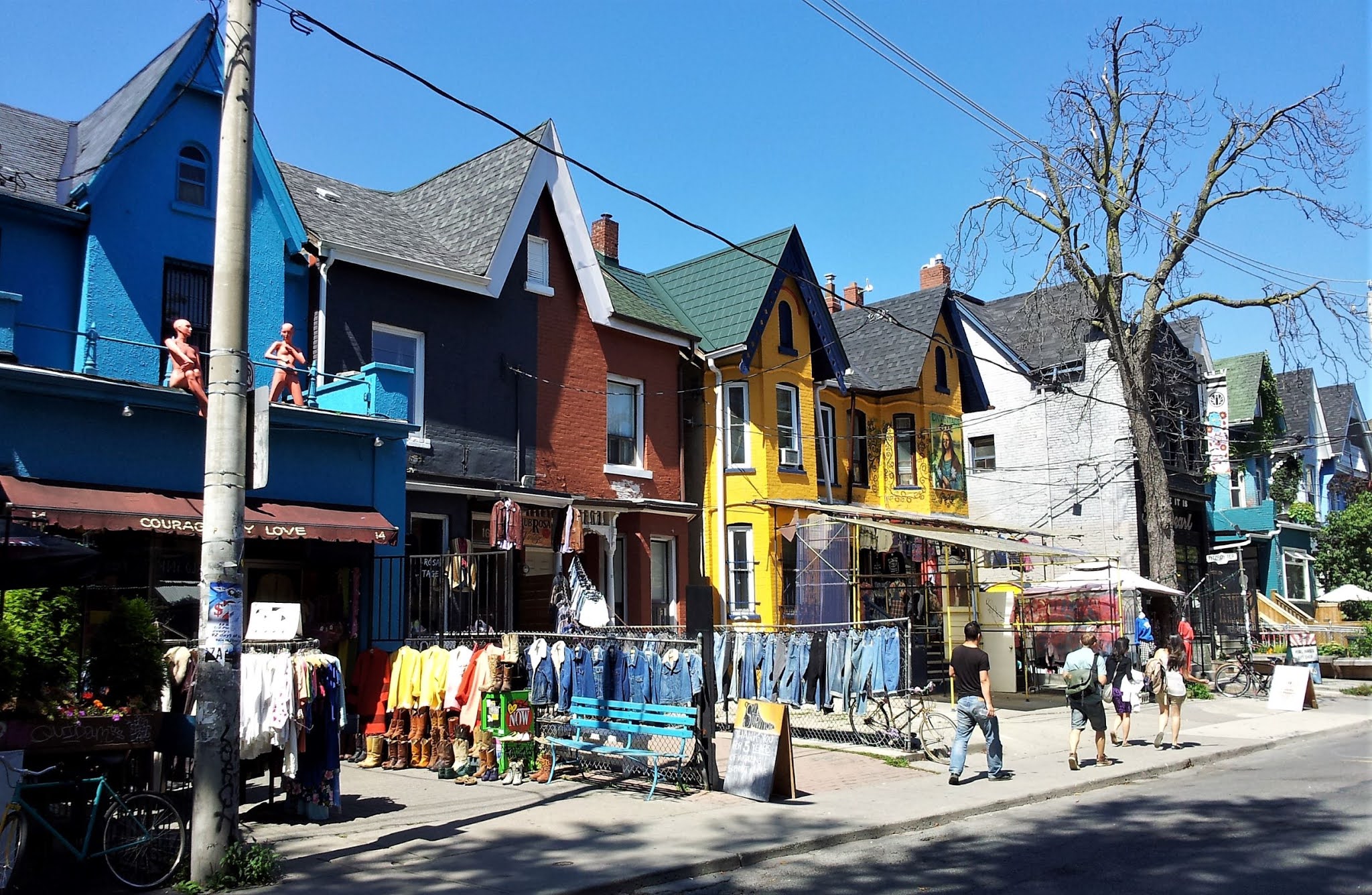 Kensington Market is a distinctive multicultural neighbourhood in downtown Toronto. The Market is an older neighbourhood and one of the city's most well-known. In November 2006, it was designated a National Historic Site of Canada.
Among the best street markets in North America, the Kensington Market area is a maze of narrow streets and alleys, many of which are lined with brightly-coloured Victorian houses.
Today the neighbourhood is a noted tourist attraction and a centre of Toronto's cultural life as artists and writers moved into the area. Land prices in the area have increased sharply, but despite its increased appeal to professionals, Kensington remains a predominantly working-class, immigrant community.
Ετικέτες Canada MARKET North America Toronto