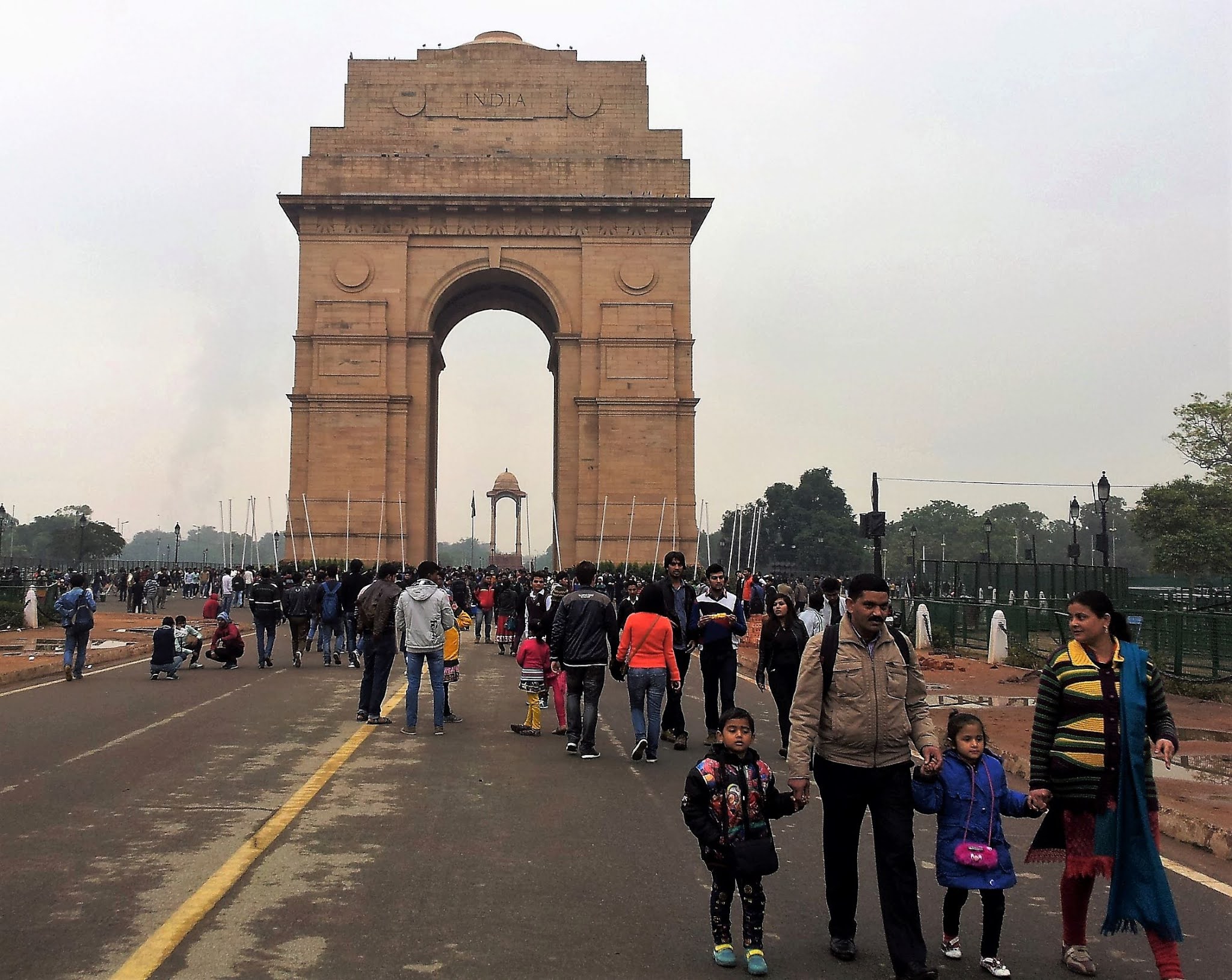 The India Gate (originally called the "All India War Memorial") is a war memorial located astride the Rajpath (meaning the "Kingsway"), on the eastern edge of the "ceremonial axis" of New Delhi, India. It stands as a memorial to 70,000 soldiers of the British Indian Army who died in between 1914–1921 in the First World War, in France, Flanders, Mesopotamia, Persia, East Africa, Gallipoli and elsewhere in the Near and the Far East, and the third Anglo-Afghan War.

On the gate are inscribed 13,300 servicemen's names, including some soldiers and officers from the United Kingdom. It was designed by Sir Edwin Lutyens and it is of 42m height. India Gate evokes the architectural style of the triumphal arch such as the Arch of Constantine, in Rome, and is often compared to the Arc de Triomphe in Paris, and the Gateway of India in Mumbai.