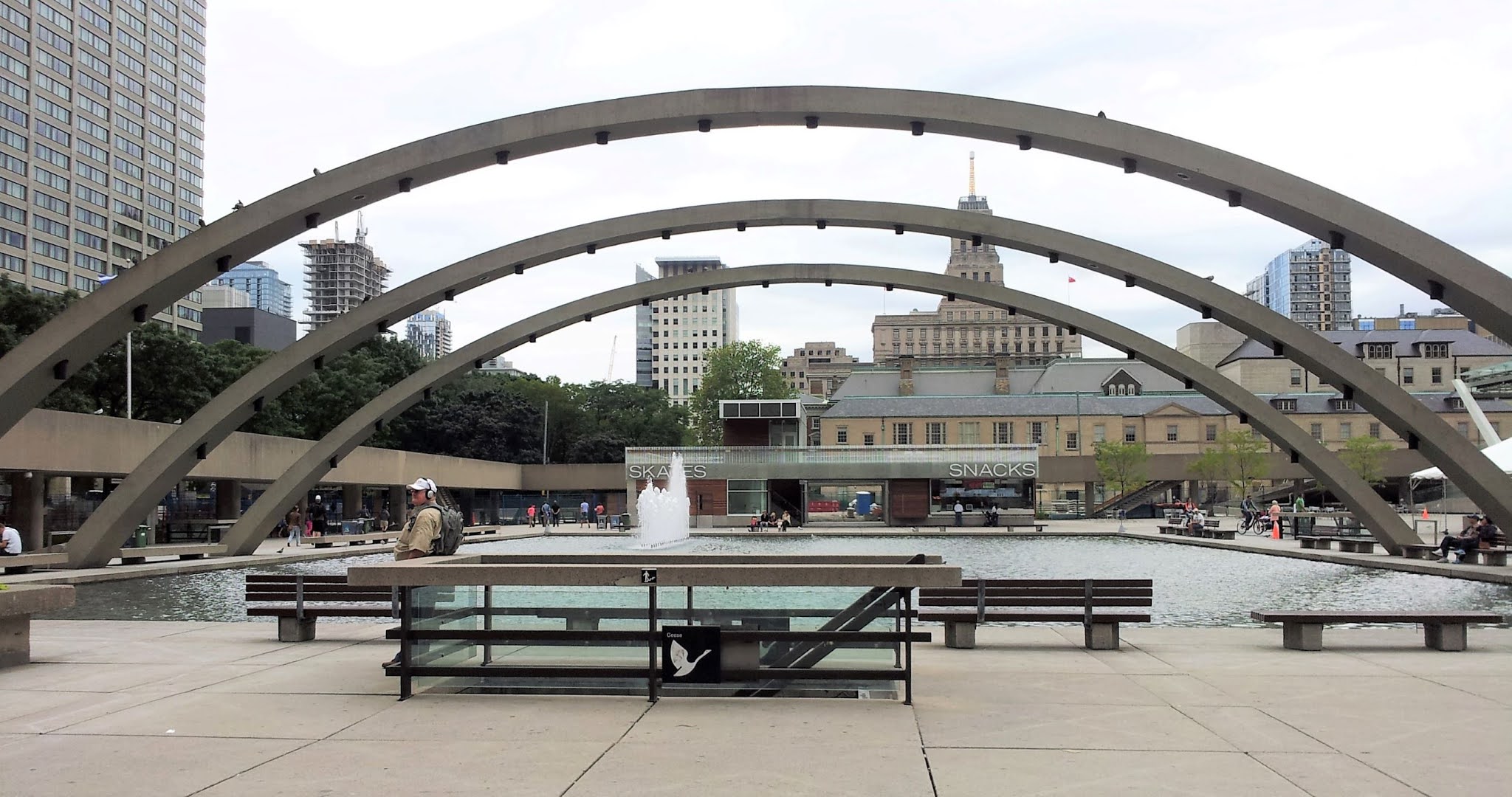 The reflecting pool is situated in the south-east corner of the Nathan Phillips Square in Toronto, Ontario, Canada. Spanning the reflecting pool are three concrete arches; originally just an architectural feature and support for rink lighting, these were dedicated as the Freedom Arches in 1989, to commemorate those who fought to obtain or defend freedom.
At the same time, a piece of the Berlin Wall was placed at the southern base of the central arch. To the west of the reflecting pool is a pavilion where food is available. Also, ice skates are available for rental during the winter months when the pool is used for ice skating.
Ετικέτες Canada North America SQUARE Toronto