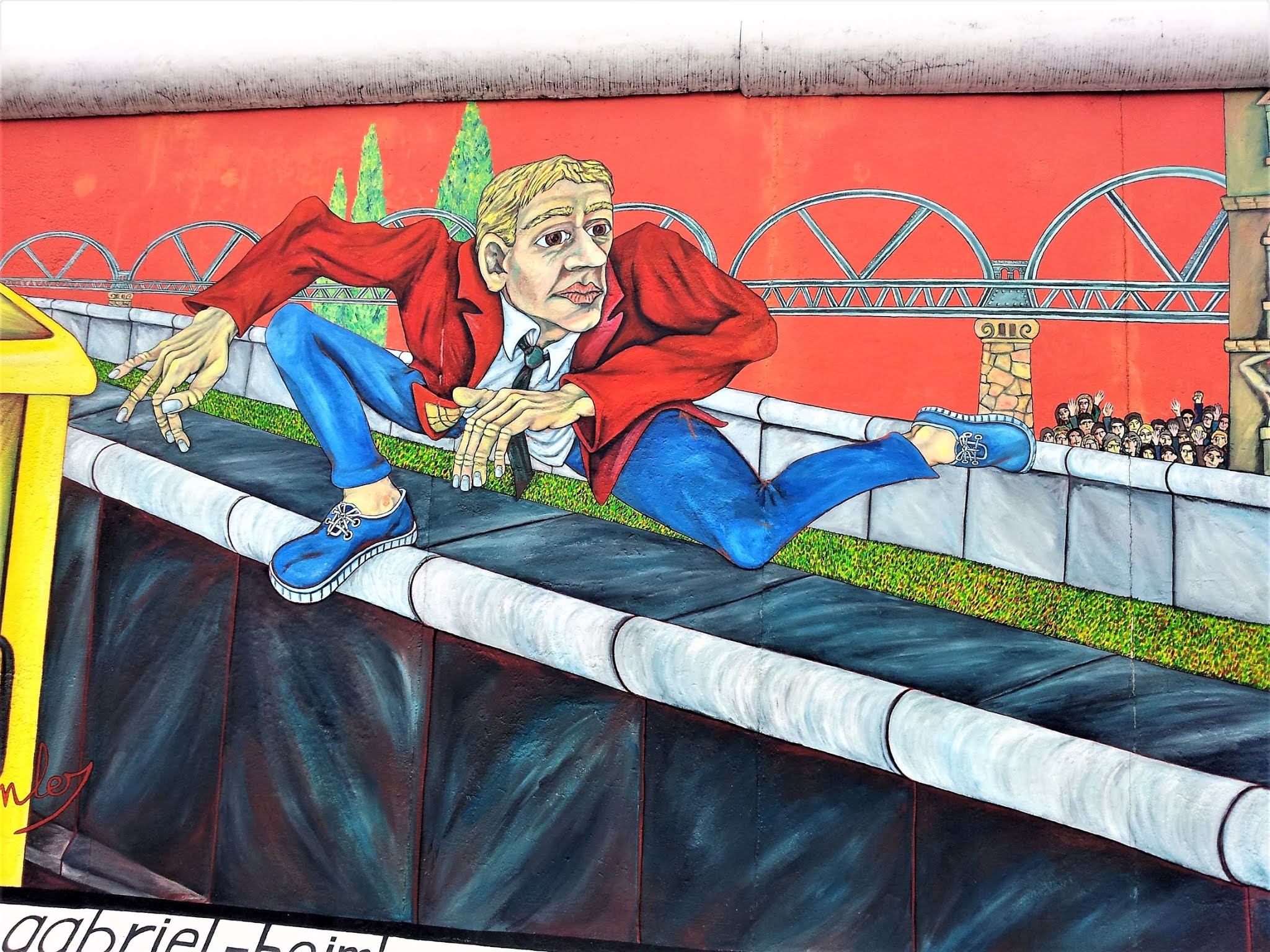 ​‘Der Mauerspringer’ ("The Wall Jumper") mural in the East side Gallery of Berlin Wall, in Berlin, Germany, was designed by Gabriel Heimler in 1989 and, like many other paintings, was restored in 2009.
The "Wall Jumper" is not, as often assumed, an East German refugee trying to escape to the West, but rather a West German jumping over to the East in a symbolic gesture of freedom.
Ετικέτες Berlin Berlin Wall Europe Germany MURAL