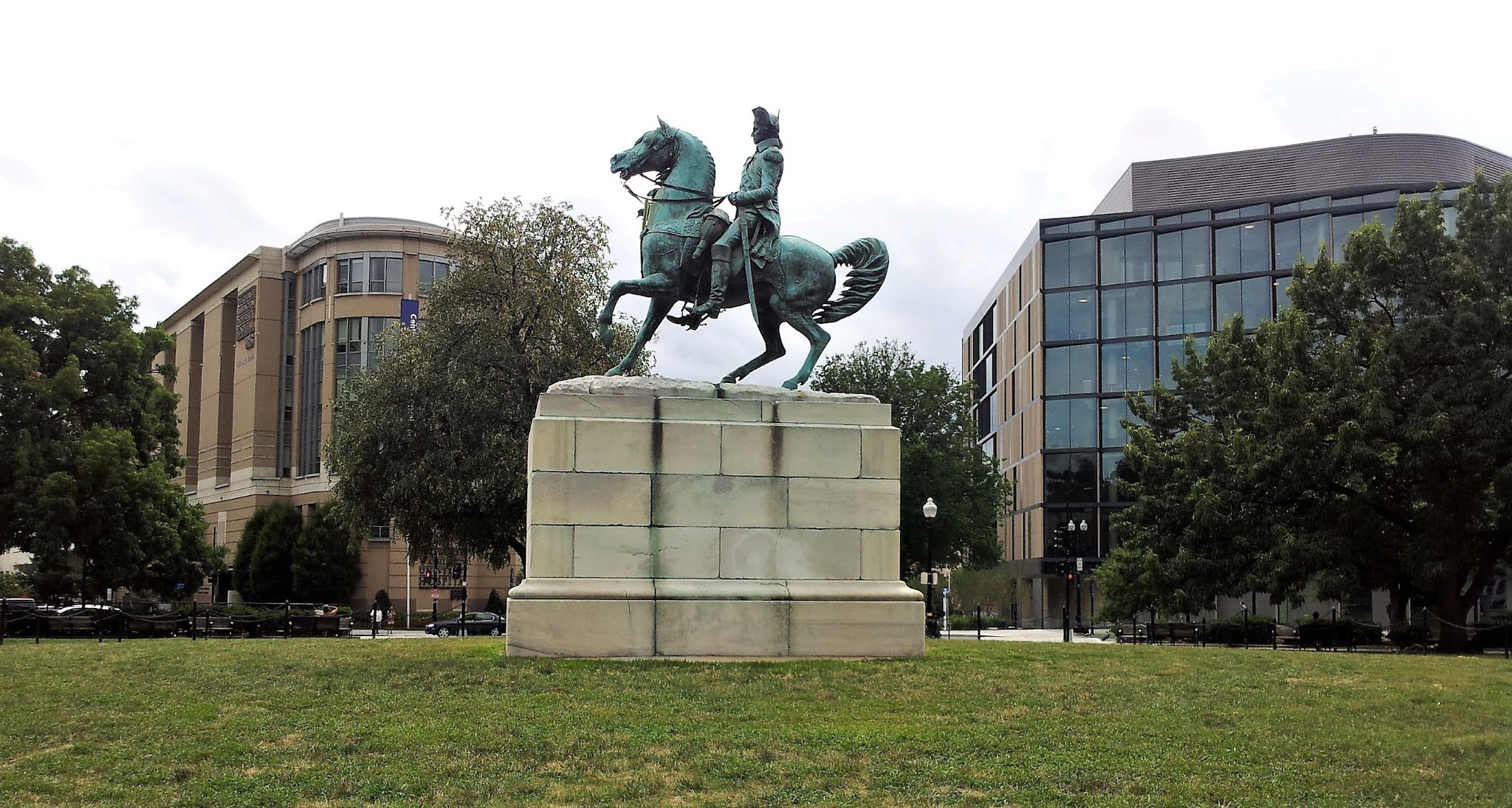 General Washington is pictured advancing in front of the American lines toward the British, with shot and cannonballs, at the Battle of Princeton and Trenton. He calmly holds the reins as he surveys the battle with unflinching determination.