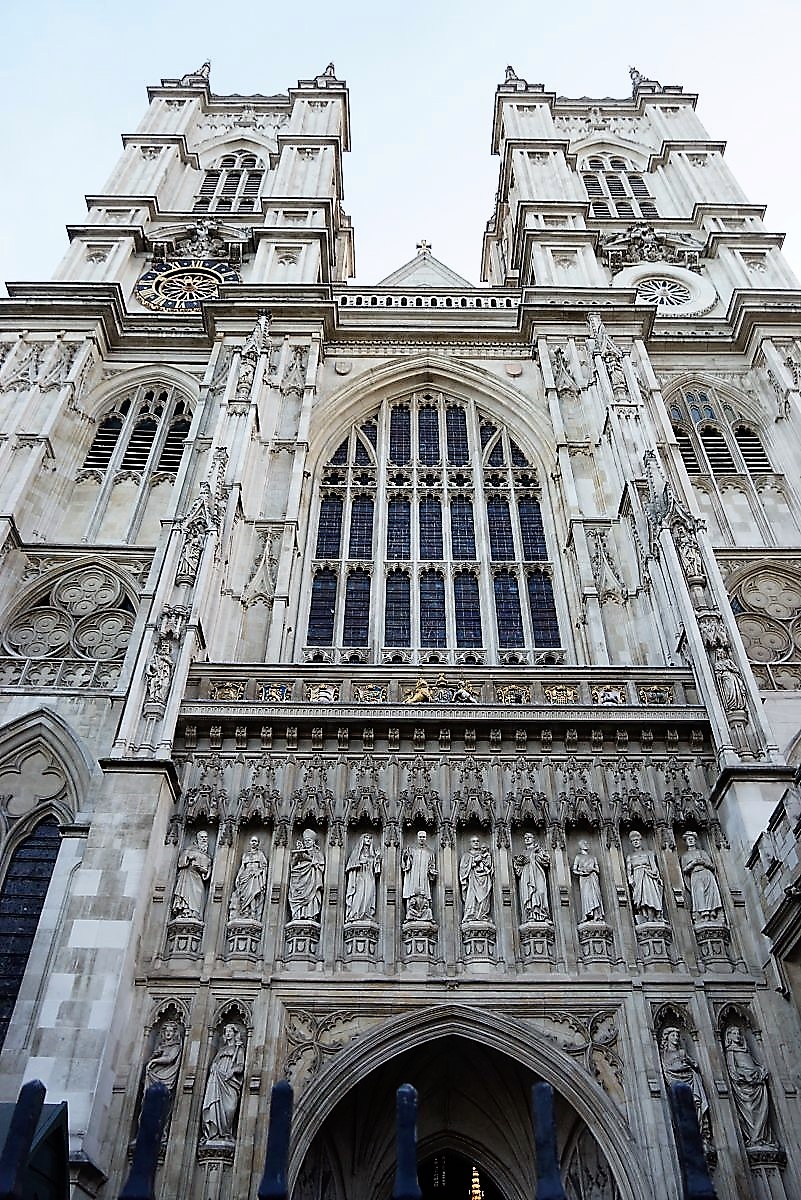 Westminster Abbey is a large, mainly Gothic abbey church in the city of Westminster, London, England. It is one of the United Kingdom's most notable religious buildings and has been the traditional place of coronation since the coronation of William the Conqueror in1066. Also, sixteen royal weddings have occurred at the Abbey since 1100.
The church we see today was begun by Henry III in 1245. The building was a Benedictine monastic church until the monastery was dissolved in 1539. Between 1540 and 1556, the abbey had the status of a cathedral. Since 1560, the building is no longer an abbey of a cathedral, having instead the status of a Church of England "royal Peculiar" - a church responsible directly to the sovereign.
The Abbey is the burial site of more than 3300 persons: 17 monarchs, 8 Prime Ministers, poets, actors, scientists, military leaders and the Unknown Warrior. As such, Westminster Abbey is sometimes described as "Britain's Valhalla", after the iconic hall of the chosen heros in Norse mythology.
Ετικέτες BUILDING CHURCH England Europe London Westminster Abbey