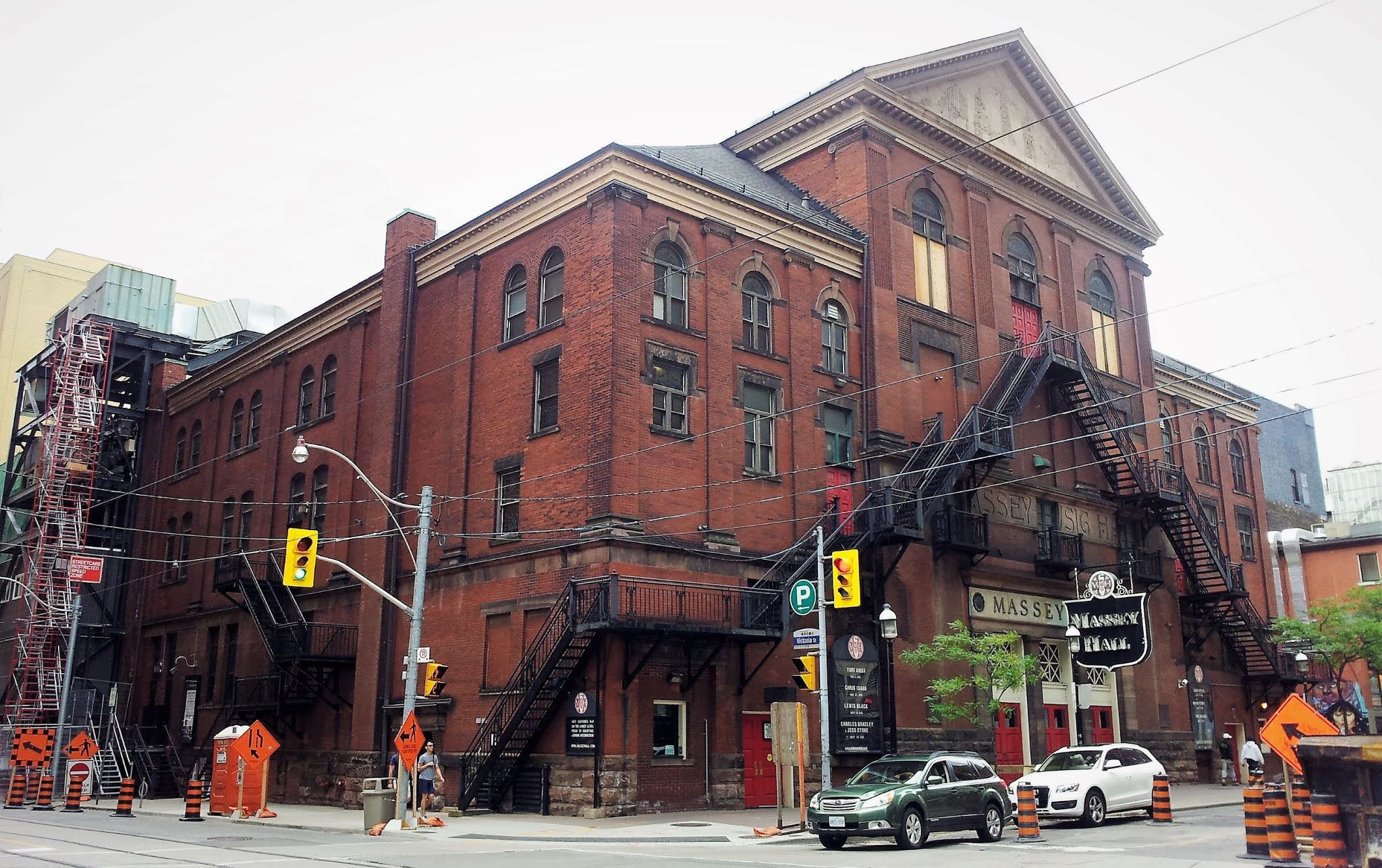 Massey Hall is a performing arts theatre in the Garden District of downtown Toronto, Canada. It was completed in 1894 and was designated a National Historic Site of Canada on June 15, 1981.
The idea of Massey Music Hall belongs to Hart Massey, a Canadian businessman and philanthropist, who wanted to build a music hall in memory of his son Charles who loved music. Hart Massey wanted the hall to fill the need for a secular meeting place where people could meet and enjoy choral music (not necessarily of a religious theme).
The building was designed by architect Sidney Badgley with a neoclassical facade and features moorish arches that span the width of the interior hall, which was inspired by the Alhambra Palace in Granada, Spain as well as Louis Sullivan's Chicago Auditiorium. The exterior neoclassical facade was a preference voiced from Lillian, Hart Massey's daughter.
Ετικέτες BUILDING Canada North America Toronto