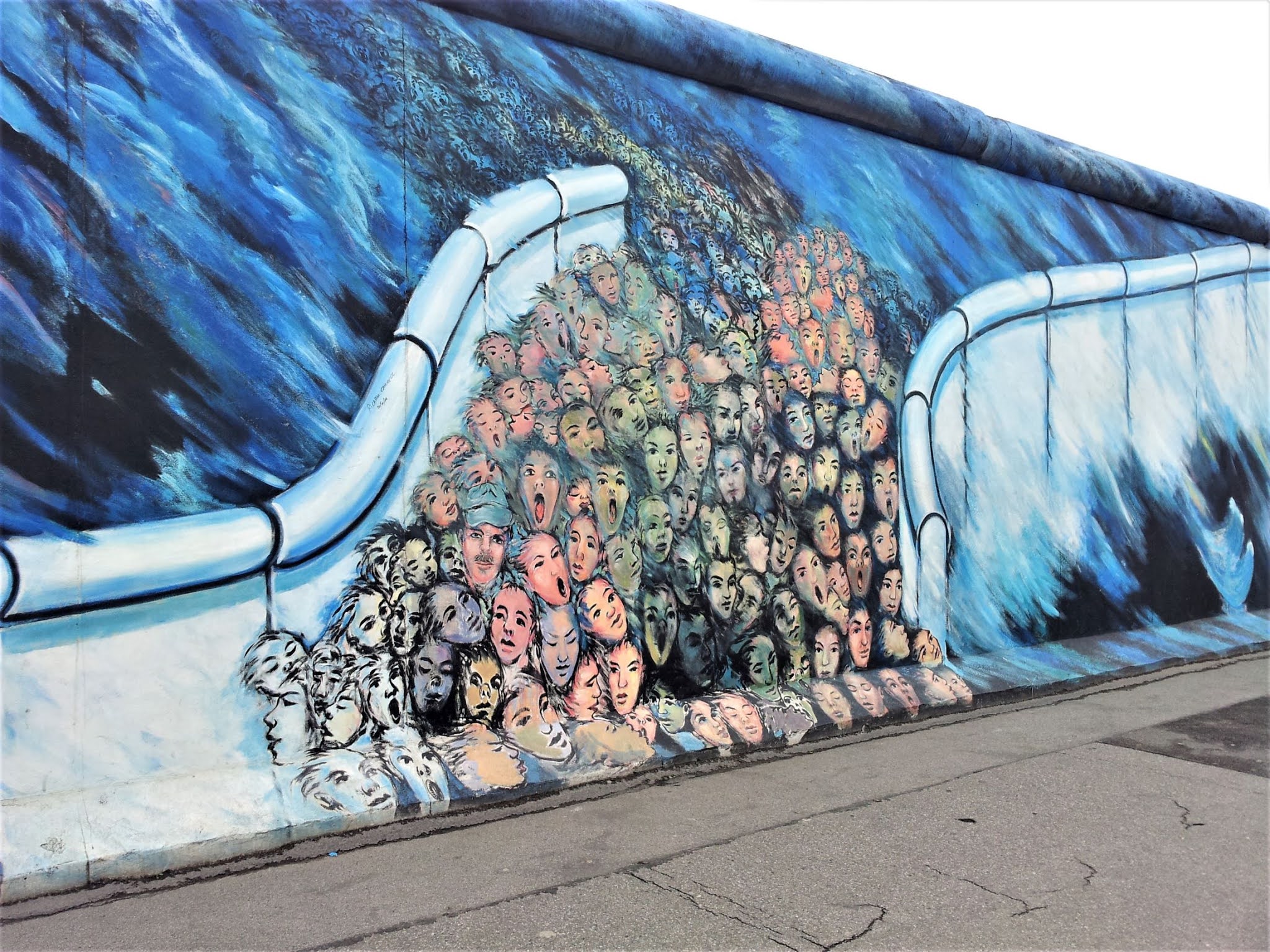 Mural "It Happened in November" (Es Geschah im November) on the East Side Gallery of Berlin Wall in Berlin, Germany, by German–Iranian painter Kani Alavi. Kani Alavi had moved to Berlin in 1980 escaping from what he called an "inhuman dictatorship" in Iran.
When the Berlin Wall fell in November 1989, Kani Alavi was a young artist living in an apartment overlooking the border between East and West Berlin. He remembers seeing East Berliners streaming through "like a wave of water," he said through an interpreter. "Some were joyful, some were doubtful, some were afraid they might not [have the chance to] cross again."  Alavi painted that moment: a flowing river of faces he calls "Es geschah im November," or "It happened in November."
Ετικέτες Berlin Berlin Wall Europe Germany MURAL