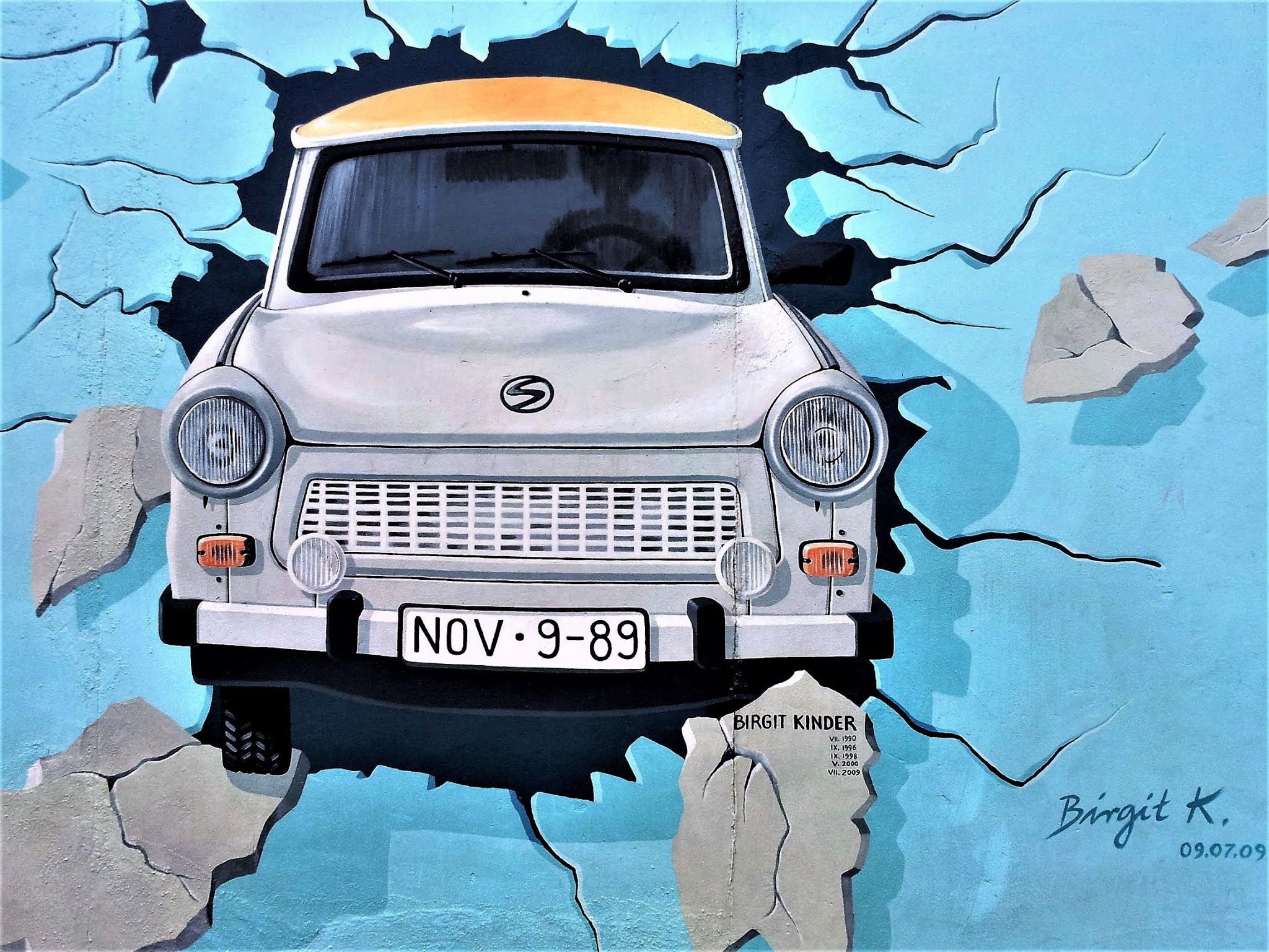 In Germany's capital city, Berlin, lays one of the most symbolic pieces of graffiti the Berlin Wall has to offer. Painted by Birgit Kinder, shows a Trabant car breaking through the concrete. The Trabant – ubiquitous in the German Democratic Republic – represents the former East Germany and the Eastern bloc. The painting is a nod both to this popular car and to the many East Germans who tried to escape over the Berlin Wall
On November 7, 1957, the first "Trabi" rolled off the line. On April 30, 1991, the last one left the factory. The history in between saw this little car contraption turn into a mega star.
Ετικέτες Berlin Berlin Wall Europe Germany MURAL